US Open: Koepka Defends His Title by Taming Shinnecock 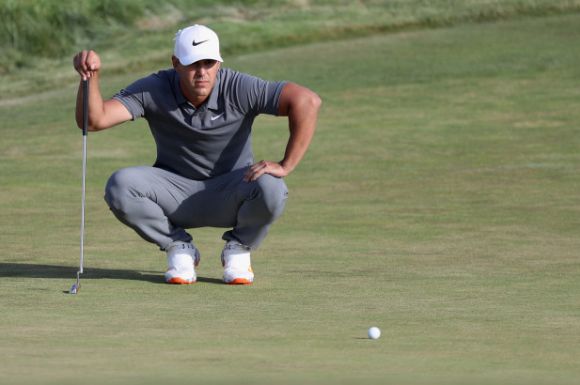 And the final round finds salvation.

Golf's major tournaments strive to set up their courses to reward exceptional skill over conservatism and blind luck.

It's where the USGA lost the plot all weekend, turning traditional Shinnecock Hills into an event where winning the $2,160,000 champion's check had more in common with a state lottery than ample earnings for work well done.

Back in 2004, the OGs made the same mistakes here, not giving enough thought especially to the effects of wind and how quickly the course's elements can change.

They finally relented for this year's final round. Even they recognized that the course setup -- especially for Round 3 -- was a joke:

Maybe this isn't the first step toward world peace, but it is righting a ridiculous wrong, and full marks to the USGA for manning up and admitting it.

Dude's been hanging in there all weekend, and with more civil course conditions in the final round, he seized the moment:

Koepka becomes only the seventh player to defend a US Open championship.

That's not the only history that was made on the day.

Tommy Fleetwood damn near copped the record for lowest round in a US Open:

Dustin Johnson had negotiated the horrorshow version of Shinnecock capably, but couldn't keep it going when the course calmed down.

Despite what wife Paulina Gretzky thought.

And/or how to count.