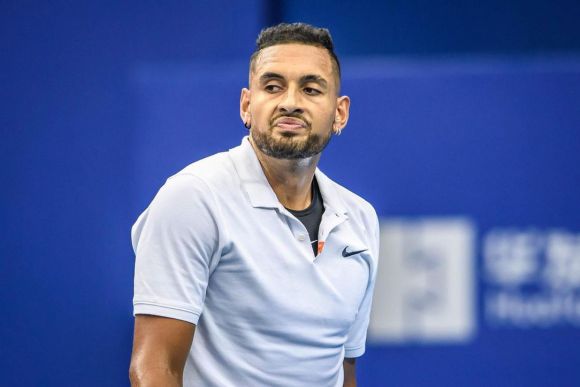 If anyone on this Earth, let alone the ATP tour, has been begging for discipline, it would have to be Nick Krygios.

And we're not talking about the fetish type enjoyed by consenting adults in poorly ventilated dungeons, either.

No, this would be the kind that is supposed to create consequences for the badly behaved.

For a moment, it appeared that the ATP would punish the ill-tempered Krygios appropriately, but then they blinked.

Indeed, the powers that be have decided that Nick will be subject to a six-month probationary period instead of being immediately banished.

Since we're discussing it right now, it's not really a secret at all, but that's irrelevant.

If our favorite rabble rouser can behave for six months, the possible 16-week suspension and accompanying fine will be lifted.

Oh, and he needs to see what the tour's describing as a mental coach to curb his more self-destructive tendencies.

Well, that wouldn't be any fun.

Dude can be equal parts entertaining and infuriating, but let's hope they don't neuter him too thoroughly.

The actions of the feckless ATP are being treated with appropriate disdain:

Funny how the @ATP_Tour waited until the Open and Laver cup were over to issue a suspension. Had to keep the Kyrgios show around for those tv ratings, huh?