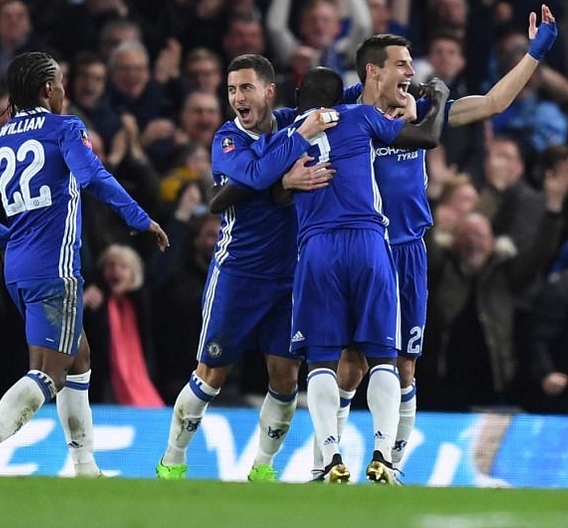 Here are the problems Manchester City's pursuers have right now:

Of course, there's still the matter of qualifying for Europe, so it's not like there's nothing at stake, here.

And that's how the match was played, a tight-marking affair that ultimately saw the Blues grab three points that were quickly put to good use.

Álvaro Morata was the man of the moment in this one.

Dude rose high and mighty to power a long-range header only a few would even attempt.

On top of that, to get it past one of the game's best 'keepers in David De Gea is really something special.

After a quick start to the season Manchester United is slowly slipping down the ranks, and some observers are starting to notice a trend.

United does what they're supposed to do against lesser clubs, but in their last eight matches on the road against the Premiership's Big Six, dudes have managed to only score once.

That's no way to catch a leader.

Meanwhile, Chelsea is still dreaming big. Someone has to.