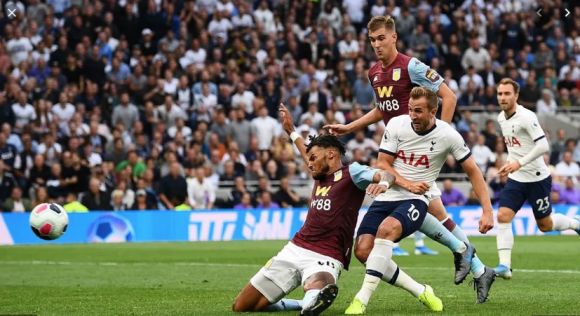 One fact's been established on the Premiership's opening weekend.

Tottenham Hotspur still has a flair for the dramatic.

Mind you, Spurs play with flair, period. Toss in a healthy Harry Kane, and that flair produces attractive results.

Which is the story here at Tottenham's renovated digs at White Hart Lane that's so brand-spanking-new, Kane's the one who's spanking it.

Spurs swiped all three points when a literal HarryKane stormed through in the dying minutes with a pair of pops to secure a 3-1 victory.

The Villains began the afternoon by celebrating their return to the top level by ringing in an early goal.

Lucas Moura actually had the game's first two chances to break through. However, it was Villa who punished Spurs through John McGinn. On 9 minutes, a Tyrone Mings long ball found McGinn, who rounded Danny Rose and slotted past Hugo Lloris:

Spurs fought for a first-half equalizer, but both Kane and Moura wasted chances, as Lloris denied Villa the opportunity to augment their cushion.

After the break, Mauricio Pochettino introduced Christian Eriksen, and Spurs picked up the attacking pace.

In the 73rd minute, their efforts finally bore fruit. Tanguy Ndombele found the back of the net from distance in a superb finish past Tom Heaton:

Then, in the 86th, Erik Lamela robbed Jack Grealish, which merely served to set Kane up.

Dude's money when that happens:

Four minutes later, Kane snatched his second as Moussa Sissoko assisted the English international, who controlled the ball and found the right corner:

They'll need many more of them to keep up with Manchester City and Liverpool, but they've got the firepower to do so. If they can keep the hatches battened down in their end -- not yet in their DNA -- Spurs could make it quite a scramble at the top. 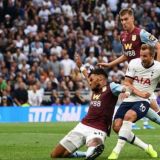 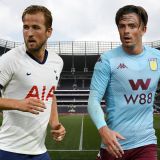