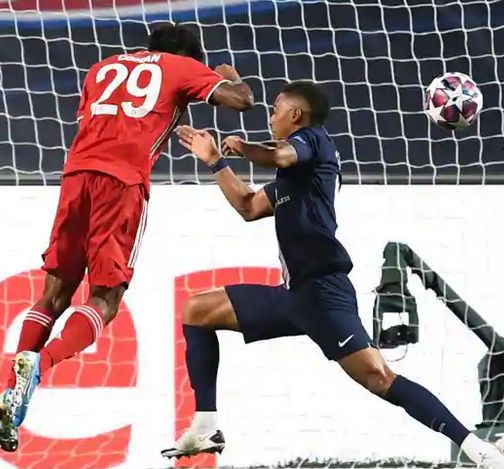 But it was his goal on the hour that sent the team from the city of his birth down to defeat and earned the Bavarian machine that employs him their sixth Champions title with this 1-0 victory.

What PSG's two fullbacks were doing in what amounts to an unheard-of vertical stack is another story, as in maybe they shouldn't go home again.

That faux pas was merely one of a series that will keep the club's ownership and management up at night and cause many a hangover among the faithful. From their standpoint, this title was there for the taking, but they didn't.

This wasn't the result that their Qatari ownership splashed out kajillions of euros to see.

It's a given that every time the über-rich take over a team, the first move made is to bring in the high-priced players.

In turn, that often blocks a number of their promising youth academy players from getting a real look with the big club. For PSG, Coman was one of them. Dude felt he had no choice but to leave in order to further his career.

Ultimately, he found his way to FC Bayern, who more sharply refined his elite skills and who have now been rewarded many times over for their efforts.

This wrapped up a treble for Bayern, who'd already won an eighth straight Bundesliga championship and the German Cup.

It was classic rote Maschine, who picked up their 21st straight victory under the reign of Hans-Dieter Flick. Safe to say, he whipped a dominant side into shape after its usual underperforming start to the campaign that resulted in the sacking of Niko Kovač.

Among other fortuitous moves, Flick opted to start Coman over the reliable Ivan Perišić.

So, rack up another bitta silverware for the 24-year-old, where he had to feel all warm-&-fuzzy about the role he played in it:

Kingsley Coman has won his 20th major trophy in his professional career at the age of just 24.

He’ll have more trophies than birthdays at this rate. pic.twitter.com/PxZVvoA8sA

As to where PSG goes from here, it's not too hard to guess. The Parisiens may produce more young stars, but they'll surely just do another knee-jerk and find another established star to get them that final triumph at season's end.

And FC Bayern? It's even easier to guess. Rinse and repeat.

They'll go home again any damn time they please, and get a hero's welcome for it.