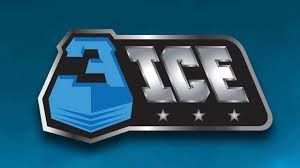 Maybe EJ Johnston should give Ice Cube a finder's fee or something.

It's probably more than a coincidence that dude took notice of Mr Cube's Big3, put 2+2 together in a Canadian sorta way, and came up with a gnat's fart of a brainstorm.

And to the surprise of everyone who didn't realize anyone out there still had money to spend on opening a new business, the latest entry to sports' mini-leagues will be born in 2021 and christened as 3ice:

Johnston's convinced a 3-on-3 game will be more appealing to the younger demographics, designing the league's media push for streaming instead of broadcast and cable.

Dude refers to it as snackable, short-form entertainment.

What's truly amazing is the caliber of hockey cred that Johnston's lined up for coaches. This has gotta be solely for PR purposes. After all ...

Not to mention Craig Patrick, who's been lined up as the 3ice commish. Maybe he'll stir up a bitta Gen Z passion in those who saw Miracle on Ice.

3ice will schedule the same sorta road show as the National Lacrosse League and Big3. In this instance:

Of course, that's assuming the league makes it to the point where it can use the term each season. And doing it the XFL way of each season doesn't count.

The CBS Sports Network oughta love that. It's already signed on to carry the games in the USA with the championship to go full-bore on CBS itself. TSN and RDS will carry the action in Canada.

Now all they've gotta do -- besides sign players and line up cities -- is attract the young fans they say will make this league a success.

Hopefully, those particular fans will take the time from their own longstanding 3-on-3 leagues and tournaments to take notice.