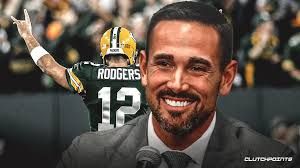 This hasn't been a good season for regime change.

A full one-quarter of the NFL's teams are featuring new coaches this season. Granted, those clubs made a change for an obvious reason: all of them had losing records in 2018.

It's noteworthy that only one of them has a winning record at this stage of the campaign.

Matt LaFleur's not only returned the Green Bay Packers to the plus column, he's also been money ATS.

The only other new coach this year who can make that claim is Mr GQ himself, Kliff Kingsbury at Arizona. It kinda looks like ATS plays involving the Packers, Cardinals, Browns, and Buccaneers might wanna add a coaching factor into deliberations.

None of those four figured into our suggested plays below. We actually liked a couple of them in Week 12, but those ATS figures steered us away.

In our opinion, there were five better plays. Just know our lines here are based on early-week postings. If you concur with our suggestions, please check their current status before making a play.

Pittsburgh looked great both SU and ATS until Week 11. The Steelers ran into a fired-up Cleveland squad that took them down, 21-7. Even with the loss, dudes have a great ATS record. It's in their last 8.

As noted, the Bengals are 0-10 SU and 4-6 ATS. Believe it or not, all four of those ATS victories have happened on the road. If this game took place in Steel Town, Pittsburgh would be a -10½ favorite. The Bengals lose SU and ATS. Carolina moved the football last week against Atlanta, but they couldn’t turn yards into points. The Panthers rushed for 77 yards and threw for 270. Quarterback Kyle Allen tossed 4 interceptions. That put Carolina in bad situations all game.

The Saints bounced back from a Week 10 loss to the Falcons with a 34-17 win over Tampa Bay. Carolina quarterback Cam Newton is on injured reserve. That means the Panthers must start Allen again. New Orleans picked off Jameis Winston four times. You can bet dudes are licking their chops at the prospect of facing Allen. Saints cover. The Raiders are better than both of them, but the Jets are playing well. Take the points. The Titans played well heading into their Week 11 bye. They went 3-1 SU and 2-1-1 ATS in their last four games.

The Jags have struggled lately. The offense has done nothing. Dudes racked up all of 3 points in a loss to Houston. This past Sunday, they scored only 13 in a 33-13 loss to the Colts. The Titans cover.

This is Week 12’s premier game between two of the NFL's most despised teams.

The Cowboys make this close. Baltimore beat New England by rushing the football. Dak Prescott doesn’t have the running skills of a Lamar Jackson, but dude can rush the football. More to the point, Ezekiel Elliott may have had a slow two games prior to this, but he'll snap out of it sooner or later, and this could be the week.

This is a tough matchup for the Patriots. Take the points on the 'Boys.