Angry White Dude: Enjoy It While You Can 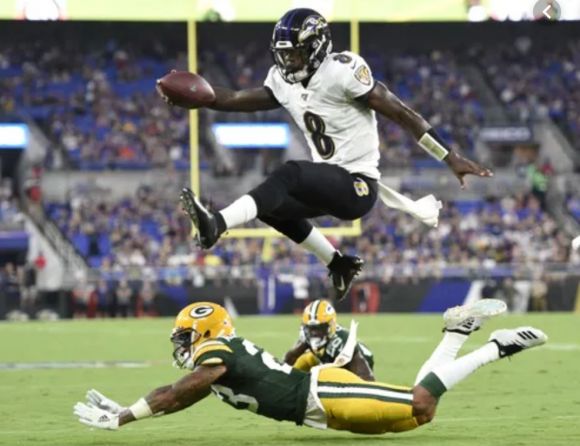 Lamar Jackson was almost unstoppable Sunday night against the Patriots.

Dude completed 17 or 23 passes for  163 yards and a TD.  He also carried the mail 14 times for another 63 yards that produced two more touchdowns.

I hope you enjoy it while lasts. Odds are that'll be five years at the most.

I'm not very good at math, but when you weigh 210 pounds -- in sports, vitals are measured in dog years or something -- and you have people 250-300lb trying to tackle you, something bad is going to happen sooner or later.

It didn't happen last night, but it is going to happen.

It really looks spiffy when they'e out on the field making everyone miss those tackles. Avoiding those bone jarring collisions. Like  a video game!

Problem is, it ain't a video game. It's real life.

Like every athlete in every other sport, Jackson's just one play away from being done in the NFL. Dude's fast, but he's also frail in a position-vulnerable sorta way.

Vick's good on sports shows.  No clue what RG III is doing, and where or when Cam will return is up in the air.

If Jackson keeps running the ball 14 times a game, he might want to have his Plan B in order.

Jackson's amazing to watch, so enjoy while you can.

Just like the Patriots' undefeated record, it'll come to and end.

What's more, how many running QB's have ever won a Super Bowl?