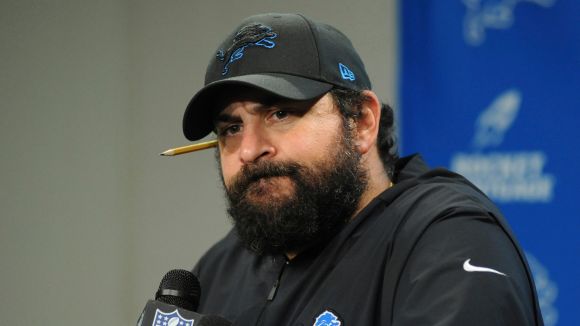 With the NFL preparing to fire up a bastardized Covid-19 season complete with fanless games at the outset, we're beginning to get some sound from players as training camp approaches.

Cornerback Darius Slay is now in Philly, having been liberated from NFL purgatory in Detroit after seven spirit-crushing seasons.

You'd think that Slay would be eager to discuss his future with a competent franchise, but he appears to remain haunted by the mere existence of Matt Patricia.

While the three-time All-Pro only spent his final two years in Motown with the unkempt Belichick disciple, this time clearly made an impression.

Darius passed his trials and tribulations but still wishes to subtly embellish on the original thesis statement he shared after the March trade that sent him to the Eagles.

You may recall these behind-the-scenes nuggets:

Darius Slay on WJR: I wanted to stay for a minute, but I knew how me and Matt Patricia were and that wasn't going to last long.

Slay said he disagrees with the coach on a lot of things. Said he was bothered by Patricia saying he wasn't elite, only good.

Slay said Matt Patricia told him he had no business working out with guys like Richard Sherman and Aqib Talib because those guys were elite and Slay was just good.

Yep, that's how Matty P chooses to motivate the troops, although it'd appear Slay's posture was never an issue.

Having now finally been exposed to another organization and a head coach that isn't Matt Patricia, Slay's noticed some glaring differences:

Darius Slay says he appreciates that players “are treated like grown men” in Philly and can be themselves. “They let you do that here.” pic.twitter.com/z2aYKBwzr8

This does seem to be a feature of the working relationship that many grown men tend to appreciate.

Of course, it's not like Slay's feelings are some sort of outlier.

We could cite many an example, but let's listen to Shannon Sharpe saying truthful things to Skip Bayless:

.@ShannonSharpe on Darius Slay 'losing respect' for Matt Patricia based on how he addresses his players:

"Matt Patricia, you need to understand you can't do that, because you're not Coach Belichick." pic.twitter.com/iPUlB2q4m9

While Darius was able to flee, his ex-teammates remain in the mouth and beard of madness.

We anxiously await tales from what can only be Patricia's third and final season as an NFL head coach.