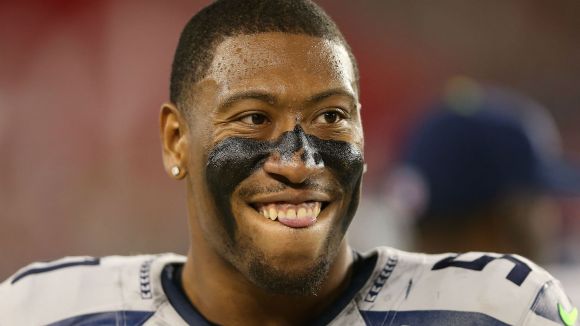 Apparently, it takes an awful lot to impress Bruce Irvin.

The Carolina LB and talker of shit isn't the least bit shy about sharing his opinion.

After his Panthers tussled with San Francisco on the West Coast, he was asked about the quality of this still undefeated Niners team.

In the interest of context, this question was offered shortly after the Cats had their eyes clawed out by the 49ers to the tune of 51-13.

Good morning to everyone except Bruce Irvin. “They’re just ok.” Alright, buddy. You just got absolutely shredded by an “ok” team. What does that make the Panthers? 🗑 #49ers #QuestForSix #CARvsSF

Well, by our admittedly crude calculations, that would make the Panthers poor to very poor.

While Irvin did have a nice game with two sacks and a safety, this comment just makes him look silly.

When Niners' stud rookie Nick Bosa got wind of these remarks, the rampaging beast dismissed them with a shrug:

Shout out for Bruce! pic.twitter.com/8tLCxosS2I