AFC Championship: It's Flair in the Air vs Ground-&-Pound 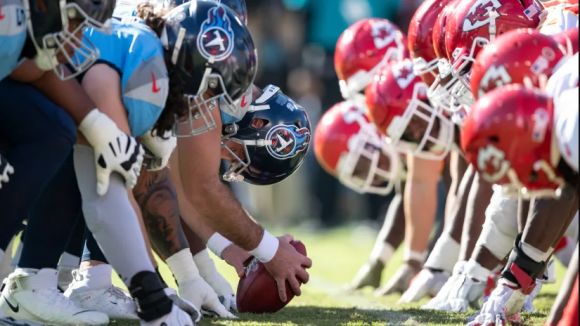 This title clash can't quite be termed as another unstoppable force vs immovable object confrontation.

So far in these playoffs, both the Kansas City Chiefs and Tennessee Titans have been unstoppable with only traces of being immovable.

This poses the possibility that the scoreboard lights are gonna get lotsa business today.

These teams met on Sun 10 Nov in Nashville, with Tennessee emerging victorious from a 35-32 slugfest with a dramatic ending:

Bovada has kept the line constant at Kansas City -6½  with the total being 52 and the moneyline at Tennessee +250 and Kansas City -300.

Here's how the computer simulations have predicted the outcome: Why you should bet on Tennessee ...

Taking a quick look at the stats, the Titans have been rather daunting against the Chiefs, and after going into Baltimore and stifling the top-seeded Ravens, these dudes are on a roll.

Derrick Henry has been a battering ram. He hammered the Chiefs for 188 yards in that regular-season meeting. Tannehill is literally the offense's second option, but he's been up to the task. The defense has bent more than broke in recent games, and they've got to keep it up if the titans are to claim their third straight road triumph.

Why you should bet on Kansas City ...

After the Chiefs roared back from spotting a solid Houston club 24 points, took a lead by halftime, and left vapor trails after that, why wouldn't you?

Patrick Mahomes II is firing on all cylinders, and his receivers are dialed in. TE Travis Kelce has been a prime target all season, but last week, dude was on another planet: 10 catches for 134 yards and 3 TDs. With DT Chris Jones -- the Chief's sack leader -- being activated for this game, Kansas City's defense is getting a boost when it could really use one.

First and foremost, Mahomes was playing his first game after returning from his kneecap injury when Kansas City lost to Tennessee on the road. The Chiefs still dominated that game but stalled in the red zone, settling for four FGs.

Chris Jones was a monster in that game, too. Dude registered 8 tackles: 4 of them solo and 2 for losses. Getting him back for this game is huge.

In the final 6 regular-season weeks, KC didn’t allow a team to score more than 21 points and went 5-0-1 ATS. The Titans have had a good run, but it's a tall order beating a quality team twice in one season. The question is whether they can stay within a TD.

As to the total, 52 points may seem like a lot. The Titans contained Lamar Jackson and the Ravens, but Mahomes is the best pocket passer in the NFL. He’ll torch the Titans for at least 35 points. Tennessee should be good for 20, which means we’re looking at a 55-point game.