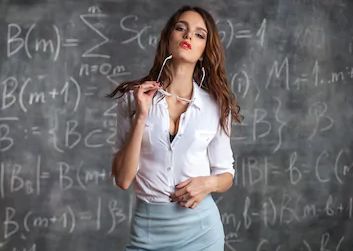 So far this season, we've been staying on the positive side of the ledger by sticking with our strategy of favoring favorites each week in the college football schedule.

It just took us a while to warm up.

At this point, not only does the familiarity that conference teams have with each other weigh into our considerations ...

The fact that most of those players actually know each other can be an intangible worth considering.

Sportsbooks, of course, have adjusted accordingly. So will we.

There are still games where ATS favorites look too good to pass up, but we're going to start taking a harder look at dogs in the hunt this week and see where it goes.

As always, we make our suggestions based on the early-week opening lines. If you feel inclined to agree with us in anything on this list, remember to check their current status before making your decision.

SMU is for real. Sounds sort of crazy, because they haven’t been for real since Eric Dickerson and Craig James made up the best pair of running backs in college football.

That was the 1980’s, just in case you were wondering. This Mustang team doesn’t rely on their rushers. Instead, they score points at will. Maybe the Cougars won’t keep up, but as a double-digit in-conference home dog, they've still got enough weapons to keep it close.

Oklahoma is one of the best teams in college football. Kansas State is awfully tough in Manhattan, though.

Will the Wildcats do just enough to stop the Sooners from beating them by 20 points? Yes, they will, because as good as Oklahoma is, they’re only 1-2 ATS in away games.

It’s hard to have any faith in the Aggies. The offensive line is sort of a mess. But, the Bulldogs are an awful road squad, going 0-3 against the spread in their three road games this season.

Jimbo’s crew is less bad. Look for them to get an easy victory against a worse team.

The Illini played like the Chicago Bears instead of one of the worst teams in the Big Ten last Saturday. They upset the Wisconsin Badgers straight up on the moneyline as a 30+ point home dog. How crazy is that?

Maybe this is what Lovie Smith needs to make his team believe they can get bowl-eligible. Purdue isn't exactly lighting it up this season, so look for Illinois to give the Boilermakers all they can handle and cover, if not win outright.

This clash of Tigers is often a tight matchup that comes down to the final couple of minutes. Not this season.

LSU is much, much better offensively than Auburn is. After Week 8, Joe Burrow now has 29 touchdown passes to only 3 interceptions. The Bayou Bengals from Baton Rouge get it done. Sparty is not having the best of seasons, losing by a combined score of 72-10 in the last couple of games. Dudes clearly can’t score. Now, they can’t stop their opponents from scoring.

Michigan State's had two weeks to prepare for this one. Won't matter. Nittany Lions ought to have a field day. Penn State to cruise.

South Carolina sure played Florida tough in Week 8. The reason that’s important is that the Gamecocks gave the Gators all they could handle after upsetting the Georgia Bulldogs on the road.

The Ducks got past their most important rivals this season, the Washington Huskies, in Week 8. Expect them to run roughshod over the rest of the Pac 12. They're a legit College Football Playoff contender.

Mike Leach hasn't been enamored with his crew's road efforts this season, but his Cougars are riding a three-game winning streak over Oregon. That ends this year. Ducks win big at home.