Published on 2-Oct-2017 by Alan Adamsson 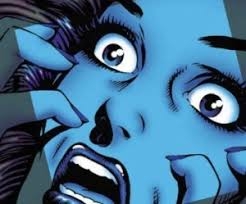 OK, this was an upset in the truest sense of the term.

The Troy Trojans from tiny Troy, Alabama -- dudes leave no doubt -- are one of those feisty programs from the Sun Belt Conference, tucked away in the FBS Other Five designation.

Yes, the politically correct term is Group of Five, but they know big brands have deemed them to be Division I's great unwashed who are useful for non-conference glorified scrimmages.

Of course, they do get compensated for their services.

But every now and then, one of them rises like a Spartacus to inflict moments of pain and introspection upon it financial oppressors.

This year, it's Troy, accepting just under a cool $1million and doing a Carrie White to LSU's homecoming:

So much for the Bayou Bengals thinking their offense would be greener on the other side of Les Miles.

Little did they realize he'd already eaten most of it.

Good Snark: Scoring during halftime ... In that game, the clock didn't stop on Troy's last first down in FG territory, so time ran out in the first half and the teams headed for the locker roooms..

As fate would have it, Troy won by three points.

Bad Snark: Then, there's those other Trojans ... Old Swedish saying: Even a good excuse is still an excuse.

Someone oughta stamp that on the screens of every USC media dude. Yes, the Trojans were down three o-linemen for the Wazzu game. Shoulda had the subs coached up better with more reps. Kinda like what every other damn team does that has sights set on the CFP after a grueling season.

If anyone's gonna bitch about injuries, it might be Oregon. But they won't. Because football.

Good Snark: The Elephant formation is back ... Of course, it helps Stanford to have Bryce Love firing on all cylinders.

Some would say it didn't hurt to have Arizona State's defense trying to stop him, but the Sun Devils stifled run-happy Oregon the week before.

Too bad the highlights didn't give more footage to the Cardinal o-line. Dudes were machines. And unlike USC, they have more in reserve who are ready to play.

Miami fans: The U is BACK!
Zach Feagles: Hold my beer pic.twitter.com/onmVI7AR3V

It's not as if punters and kickers don't have extra time in practice to be aware of details like that.

A little more hustle there, and Feagles coulda extended a drive.

Good Snark: Daaa-Dum ... When Stanford jettisoned the Indians mascot, these were the finalists for a replacement:

Full marks to Ole Miss for running with the concept that nothing says college life quite like abstract.

Dudes had to abandon their Colonel Reb mascot because he looked too much like a plantation owner. OK, understandable. However, the Bear replacement -- named after alum William Faulkner's short story -- never caught on, either.

So students went to the polls and came up with candygram, mailman ...

In pre-probation investigation times, the football team adopted the mythical land shark's fin as their way to celebrate, and it caught on because why wouldn't it?

It beats imitating a bear mauling.

'Way to be a gracious loser, Mr Bear.

Bad Snark: Up the Rio without a paddle ... Maybe the collarbone was weakened by carrying a suitcase all over the country.

First, Luke del Rio walked on at Alabama and right off again. He then discovered the hard way that Oregon State's Shawn Mannion was ensconced as the Beavers' slinger. Finally, he landed at Florida.

Incidentally, Will Grier is off to a decent start at West Virginia.

Good Snark: Sleight of pick ... In the early going of Alabama's systemic dismantling of Ole Miss, DB Levi Wallace came up with what could be college football's first bootleg interception:

The receiver didn't exactly give up on the play. He thought it was over.

Bad Snark: Thank you, non-cons ... Here it is, Week 4, and seven teams have put themselves in position to secure a bowl bid with victories in Week 5 because they're 5-0 already:

Charlie Strong's South Florida Bulls are 5-0, too, but they have a bye in Week 5.

Of course, there actually being a Week 0 had a lot to do with this -- as does a thousand bowl games these days -- but it still adds to begging the question as to whether college football is entering another dimension.

Snarkalicious: Is he also the dude in that Dr Pepper commercial? ... Speaking of dimensions, it seems we've also entered that portion of the season where Penn State wants to see how many ways Saquon Barkley can personally create touchdowns: