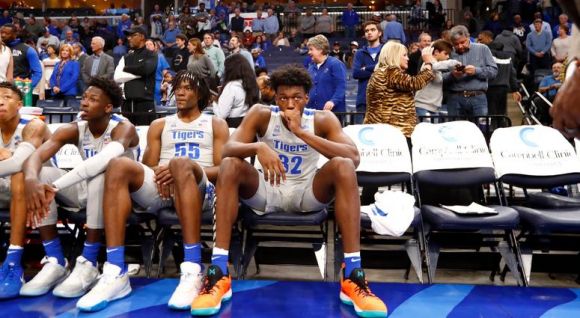 If only the University of Memphis had held its nerve.

The school had a rock-solid case for challenging those OGs in the NCAA's ivory tower over their suspension of one-&-done phenom James Wiseman.

But the school wound up folding under threat of harsh sanctions.

Under the circumstances, it's surprising Wiseman took this long to tell the NCAA to stick their stance where the sun don't shine.

Clearly, the city's got locals who need to add -atics to their fan credentials, and it's a bummer for them.

The real bummer, though, is the NCAA itself not realizing what it's doing to its game with its get off my lawn attitude.

While the NBA is recognizing that leeching off college hoops as an ersatz minor league is just wrong and finally doing something about it, their self-serving age limit policy has now claimed another victim.

It might be too much to say that Wiseman doesn't need college hoops, but hell, now that he's seen it up close, dude's surely figured out he can continue his development somewhere other than there.

He's still rough around the edges, but he could get away with that in Division I vis-à-vis where he wants to be, and he can do it elsewhere with a lot less hassle.

We all know college isn't the best choice for all sortsa people in all walks of life. Why aspiring hoopsters with damn-near can't miss prospects of getting a seven-figure contract have to be force-fed to a culture that vultures off them is beyond the pale.

You can always count on hockey dudes to call something for what it is:

Best of luck to Wiseman for his future.

As to the NCAA, sooner or later, it's gotta clean up its act on its own ... for once.