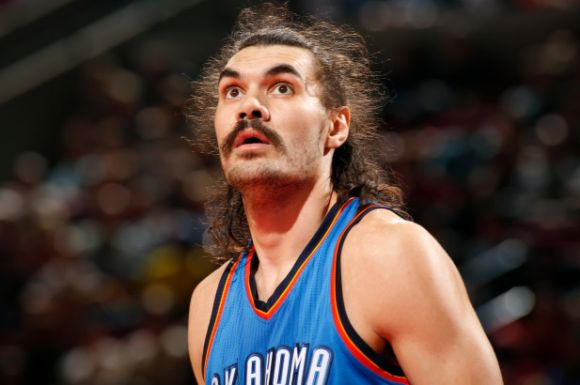 Steven Adams is without question one of the more entertaining and relatable players in the NBA.

However, the beastly OKC center was disturbingly honest after his Thunder overcame a 26-point deficit to take down the utterly hopeless Chicago Bulls at home.

The career 55% free-throw shooter found himself at the charity stripe in the tension-soaked final moments of the game, a situation he'd just as soon avoid.

Hey, let's see how he fared:

While Aquaman clearly didn't call glass, his form was far from atrocious.

He's obviously not in André Roberson territory, which isn't where you want to be.

Of course, Adams did butcher the second one but was able to secure the brick and help the Thunder hang on for the win.

The best interview in the Association was in fine spirits afterwards:

"I absolutely shit my pants"- Steven Adams on banking in the game-winning free throw 😂 pic.twitter.com/Vks4ijJF0I

What a delightful human being.

You know, sometimes the pressure is simply too much to bear.

Metaphorically, we all are.

It could always be worse, though.