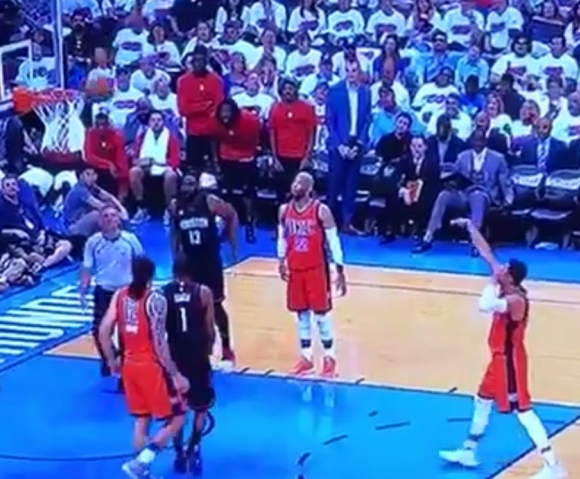 However, dude's rather flummoxed by this free throw shooting thing.

The Houston Rockets beat the Thunder 113-109 to take a 3-1 lead in the series, and Roberson's crippling deficiencies at the charity stripe played a glaring role in the outcome.

How bad was it?

Well, Roberson was being openly mocked by the Rockets bench as he butchered one free throw after another.

That is so not cool.

Roberson missed 10 of 12 free throws for the game.

This includes 6 of 8 in a 42-second stretch of the fourth quarter when the Rockets correctly deduced that they should simply keep putting this dude on the line.

This sort of strategy is certainly not revolutionary or particularly entertaining, but it can be devastatingly effective.

Roberson is clearly not having as much fun.