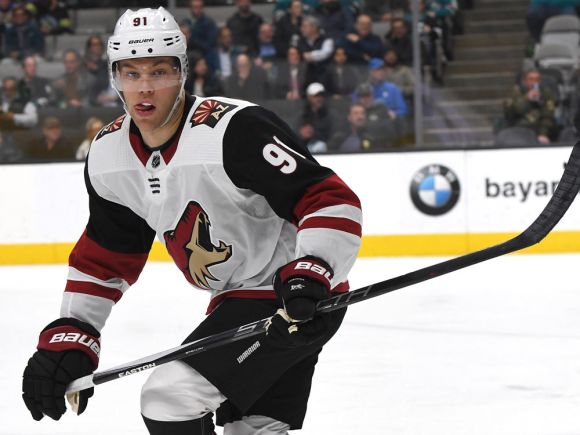 How in the name of Lester Patrick does a top-overal draft choice become part of the answer to a trivia question that's actually trivial?

As in name the only two top-overalls to play nine NHL seasons and only appear in five or fewer playoff games.

Plasse may have been built for trivia questions, but Hall?

Dude was part of an Edmonton Oilers crew in 2015 that was the answer to another trivia question, as in name a team where four top-overalls played on the same team. Incredibly, they missed the playoffs.

He was the hometown hero there, but nothing ever really jelled and Oil brass talked themselves into thinking New Jersey defenseman Adam Larsson was fair value in a trade.

Dude quickly became a mainstay with the Devils, which included picking up the Hart Trophy in 2017-2018.

Not coincidentally, that was the only season New Jersey made the playoffs with Hall on the roster.

Speaking of, dude's solid gold as a lottery-pick magnet.

First the Oil and then the Devils just kept rolling sevens with him on the team:

They talk about Gretzky’s 92 goals or Sittler’s 10 pts in one game as records that may never be broken. But winning 5 draft lotteries in your first 9 years in the league? In 2 different draft lottery eras, no less. That is a record that will stand forever.

Then again, that coincidence could also be an indicator as to why playoffs have been a pipe dream for him.

Now, this season, even with another top-overall pick on the squad in the form of a very young Jack Hughes, the Devils are floundering and Hall got the itch.

Given that this is his walk year, the die was cast.

As soon as word got out, Edmonton wanted him back. However, the Arizona Coyotes, of all teams, picked him up in the league's first -- and maybe only -- blockbuster deal of the season:

Gotta say, though, this move puts Hall in some rather select company:

The 'Yotes were looking for more pop last summer, which resulted in landing Phil Kessel in a trade with the Penguins. So far, though, dude's looked more Toronto than Pittsburgh, just possibly because much of his production came from the Pens' potent power play. Dude doesn't have that sorta productivity around him in Arizona.

That's surely why the club was prepared to go all-rental with Hall, if it turns out he moves elsewhere via free agency this coming summer.

A team will do that sorta thing when it defies history and expectations to be leading the Pacific Division at this stage of the season.

And Hall took notice. He sees the opportunity for springtime hockey in the desert. In fact, he only agreed to the trade when Arizona agreed to keep its foot on the gas.

The 'Yotes are primed to make a deep run, too. If they can keep a top-three spot in the West, they wouldn't meet the conference's two powerhouses -- St Louis and Colorado -- until the later rounds.

If so, dudes have a shot at duplicating what they did in their only other playoff appearance: reach the conference finals.

Odds are Hall's gotta be in Hart Trophy form to do it, and his desire to be a part of the Stanley Cup chase is probably more motivation than the huge payday he'll get as an upcoming free agent.

This stacks up to Arizona making the right move at the right time. All that's gotta happen now is cashing it in.