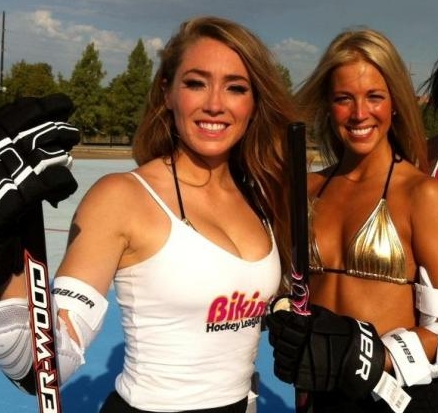 Independence Day is the unofficial halfway point of the baseball season, but with its dog days still ahead, its command of sports headlines is not yet in full force.

And the NHL keeps doing its part, making news with a bunch of free agent signings and one awesome trade.

The Pittsburgh Penguins won the Stanley Cup via a strong helping of speed, a steady defense, and great depth to mitigate injuries.

Even though they're holding the hardware, the Pens must reload.

They've already lost one of their defensemen. Ben Lovejoy signed with New Jersey. The Devils, who are up-and-coming after missing the playoffs for four straight seasons, also acquired top scorer Taylor Hall from Edmonton for defenseman Adam Larsson.

What the Oil suits were thinking is a head-scratcher. More accurately, it was a headbanger for their fans.

Hall was at the forefront of Edmonton's own tank-a-thon to stockpile top overall draft choices.

It's hard to believe dude's become trade bait in a non-blockbuster.

It'll be a gas for Larsson in northern Alberta if he isn't the second coming of Scott Stevens by November.

The pressure will also be on Milan Lucic. Tall order for a dude the Kings considered a spare part for next season.

They also extended defenseman Victor Hedman for six years and $63million, which had the effect of being a package deal.

Toss in the signing of talented goalie Andrei Vasilevskiy for three years, and the Bolts are odds-on to make another run for the Cup in 2017.

They're just as odds-on to take offers for their starting netminder, the 6-7/200cm and now-too-expensive-to-sign Ben Bishop.

Bummer being the odd dude out on a legitimate Cup contender.

Always be in contention to win another Cup, the Chicago Blackhawks picked up defenseman Brian Campbell but lost fan favorite Andrew Ladd.

For the first time since the rink gates opened after Brett Hull's disputed Cup-winning goal, Buffalo has high hopes.

Jack Eichel is getting quality company in this year's draft class, which includes Michael Nylander's other kid, taken No 8 overall.

Those moves make one wonder if he's William's brother or his clone.

Buffalo also picked up an elite free agent in Kyle Okposo, who will be a vital component in the Sabres being the most unsurprising ​surprise team in the league.

They should be so lucky downstate in the Garden. The best the Rangers could do was Michael Grabner.

The list of Eastern contenders could be radically different by the time the pucks drop in October. For now, a few holdovers have work to do.