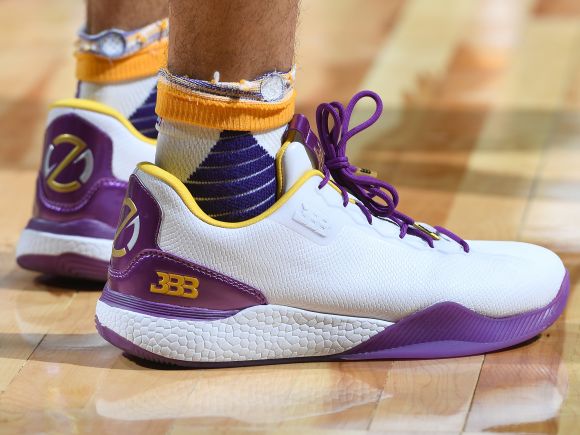 We'll go ahead and file this story under our no shit heading.

Not that we needed confirmation, but it turns out that the doomed Big Baller Brand basketball shoe wasn't exactly a quality item.

This shocking reveal was provided by none other than former Laker Lonzo Ball, who would certainly know a little something about it.

The most accomplished of the Ball children was on a podcast recently speaking the truth:

😂 Lonzo Ball had to change his BBB shoes after every quarter because they kept ripping!

It's honestly hard to believe that patriarch and professional clown LaVar would put the Ball name on such an inferior product.

Yep, these shit-kicks were literally exploding on the dude's feet, and blowing through a pair each quarter isn't exactly a ringing endorsement for the company.

And remember, these abominations were retailing for $495, an insane price point that could only be rationalized through the impaired judgment of LaVar Ball.

For ppl that didn’t understand which shoe @ZO2_ was taking about. He wore these during pre-season. Which is why they made the “Remix” version with help from Brandblack. Sucks they were trying to sell those for $500 knowing they weren’t any good. pic.twitter.com/1MdEmMej3Q

It's certainly not a coincidence that Lonzo became instantly more likable the second he began distancing himself from Big Baller Brand and his delusional old man.

He's in NOLA now with the Pelicans, trying to revive his career.