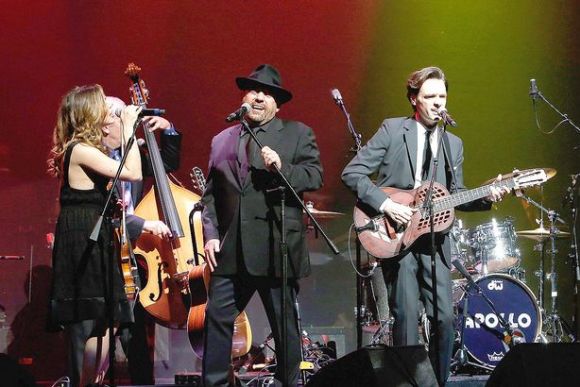 It's more or less common knowledge at this point that James Dolan is an absolute horror of a human being.

Since this narrative will never be changed under any circumstances, the Knicks' megalomaniacal owner is really leaning into it now.

Apparently not content with simply violating the First Amendment rights of various media at Madison Square Garden, the worst executive in professional sports has started doing it at other venues.

Some of you may not be aware that Dolan is the lead singer of a blues band with the most unfortunate name of JD & the Straight Shot.

Apologies, but now you know.

Anyway, these cats were gigging at a small theater on Long Island when a Bloomberg Businessweek reporter by the name of Polly Mosendz approached Dolan about a feature article.

Of course, since dude's basically one large defense mechanism, he interpreted her presence as a personal affront.

As you might have already guessed, Dolan snapped his fingers and had security remove her and the ticket she paid for from the venue.

An incredulous Mosendz was told by security that they don't normally ask people to leave, but if a headliner like Dolan makes such a request, they'll grudgingly oblige.

The stunned reporter wrote about her pleasant interaction with Dolan the next day, adding to the bulging portfolio of fun anecdotes about this whack job.

Actually, he's probably not crazy, but the truth is far worse.

Sadly, Dolan is just a portrait of privilege and entitlement.

Or a composite of every single 80's movie villain.