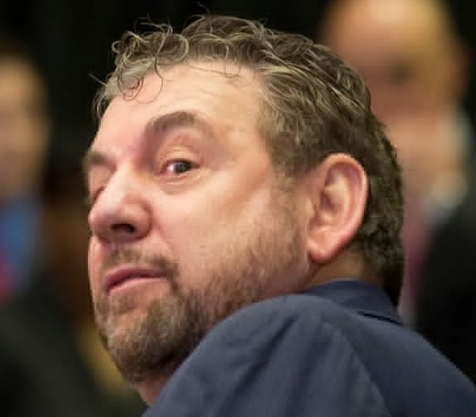 The David Stern era in NBA history is a controversial one.

On one hand, there are those who claim Stern saved the NBA from sporting irrelevance.

On the other, some contend that Stern was an absolute mess of a commish.

No matter the opinion, there's no denying that Stern made his share of mistakes.

The gravest was allowing Donald Sterling to remain an NBA owner.

It took the actions of Stern’s successor, Adam Silver, to right an injustice that was long overdue.

The decision to ban Sterling may seem like an easy one to an outsider. The Clippers' then-owner was captured on tape speaking what can in the lightest terms be described as racist rhetoric. How could the NBA not force him out?

Could it have been the rich white dude factor where nothing happens unless reality is reflected in revenues?

That incident wasn' the first sign that Sterling was a deplorable human being.

As early at the 1980’s, the NBA knew the way OG was describing minorities.

Silver’s NBA is not the same entity as Stern’s.

Unlike his predecessor, Silver actually listens to and even cares about the players. He wants them to know that their opinions actually have weight on the game they play. The Commish showed as much when he listened to what the players -- LeBron James chief among them -- said about Sterling.

This one involves the owner of one of the league’s marquée franchises: James Dolan and the New York Knicks.

The top story in the NBA today is that of former Knick Charles Oakley being ejected and later banned from Madison Square Garden. While the details around the situation are still coming out, there is no doubt that the scandal is a disaster for the NBA.

Here's a former player being tackled and arrested by stadium security, only to later be accused of being nothing more than a drunk.

Say what you will of Oakley’s actions, but the man deserved better. Instead of simply ignoring Oakley or walking away, Dolan had his security team harass a beloved player.

You may also say Dolan’s actions are undeserved of a Sterling-esque treatment, but like Sterling, Dolan also has a long history of being an embarrassment of an NBA owner beyond running the Knicks into the NBA basement.

Back in 2014, Dolan personally responded to a critical fan email by calling the dude an alcoholic who should start rooting for the Nets because the Knicks don’t want him.

Then there was that time where Dolan fired a security guard for doing his job.

Speaking of the Nets and security, how about the time Brooklyn superfan Jeffrey Gamblero was forcibly ejected from the Garden? Stadium security embarrassed Gamblero, manhandling the handicapped fan as he was led of the arena.

Gamblero’s suicide would later be tied to the incident by his fiancée.

One final -- for now -- damning mark on James Dolan’s ownership tenure is his appointment of Isiah Thomas to team president of the New York Liberty.

Regardless of previous Knicks' personnel mistakes, Thomas's appointment to a position of power in a women‘s basketball team is a slap in the face to human decency.

Remember, Thomas was ruled by a jury to have sexually harassed a former team executive. Dolan himself was also implicated in the suit for having fired the woman after filing her complaint.

Dolan’s foibles are not as overt as Sterling’s, but that doesn’t mean Silver should allow Dolan to walk away scot-free.

While no owner has yet condemned any of Dolan’s actions, players like James, Dwayne Wade, and Chris Paul have all come out in support of Oakley over Dolan.

It would be no easy task to rid the league of yet another detrimental owner, but Silver has proven that he’s twice the man his predecessor was when it comes to controversial topics.

If the Commish actually cares about creating a better NBA, then he cannot allow James Dolan and owners to terrorize the league.