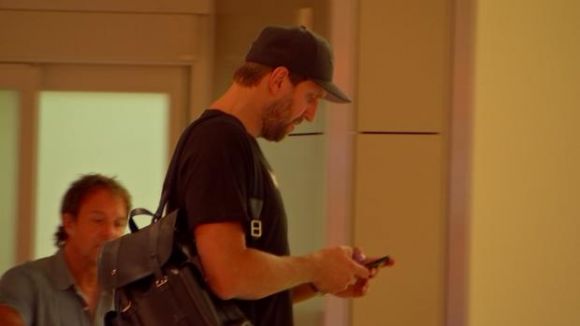 Even in retirement, Dirk Nowitzki is still wildly popular in the Dallas-Fort Worth metroplex.

In fact, dude can't even go to the airport without a mob scene greeting him.

Of course, this is all dependent on his proximity to Ezekiel Elliott.

The tall German legend just returned from a trip abroad to China and was greeted by a phalanx of reporters when he landed.

But wouldn't you know it, they were all there for Zeke, who just returned from Mexico as his holdout appears to be ending.

Dirk decided to have a little self-deprecating fun with it:

Came home from China to all these cameras at the airport. I thought to myself: “ Man. I still got it!!” Turns out they were all there for zeke....

Zeke also thought this was chuckle-worthy, choosing the loudly crying face emoji to express his pleasure:

Maybe the Cowboys and Mavericks can get that time-share program going again.

You may recall their first player exchange involved veteran point guard Tony Romo and was a great success.

Finding a position for Dirk may prove to be more difficult.