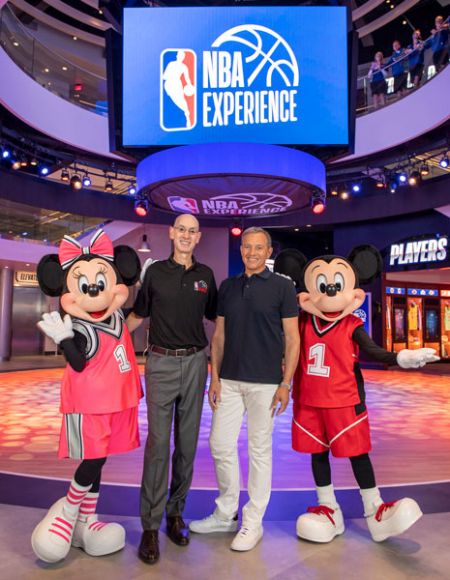 Only in 2020 would we not even bat an eye at a discussion involving the practicality of NBA and NHL players having sex, presumably not with each other, in the Covid-19 quarantine bubble.

But such is life in this foul year of our lord.

So let's mark our 2020 bingo card for posterity and get into it.

For some helpful context, it should be noted that we're unaware of any players complaining about having to practice celibacy inside the bubble, at least publicly.

However, the always helpful and informative Stephen A Smith broached the subject on a recent ESPN First Take, screaming at the very top of his ample lungs about what he termed recreational activities.

Stephen A Smith on NBA players breaking the Disney Bubble because they're going to be sexually frustrated and need to go out for "recreational activities"... pic.twitter.com/trgMrAUeAl

First of all, do the folks at Disney not allow ESPN employees to use the word sex on camera?

The rest of the panel reacted as they normally would when Stephen A engages in sports yelling, with bemused expressions and an audible Molly Qerim sigh.

Sadly, a former NHLer named Tyler Kennedy is using this as an opportunity to compare the libidos and competitive drive of basketball and hockey players.

Tyler Kennedy on NBA players upset about lack of sex in bubble/hub: "Let me put it this way, I don't think Sidney Crosby is thinking, 'do I want to have sex OR do I want to try and win the Stanley Cup?"

It's unclear as to why dude appears to believe that making the lovemaking and winning are mutually exclusive, but he seems confident in holding up his former teammate Sidney Crosby as a paragon of virtue.

His answer was to have sex WITH the Stanley Cup pic.twitter.com/EAdmLgDROQ

Hmmm, looks like the three-time Stanley Cup champion found a solution to this problem years ago.

Anyway, here's hoping the NBA can figure out a happy medium between sex and hoops.

We can only hope they distribute condoms along with those Covid smart rings inside the Disney Pleasure Town.