Even NASCAR's Bubba Wallace Is Disappointed in Tennessee Football 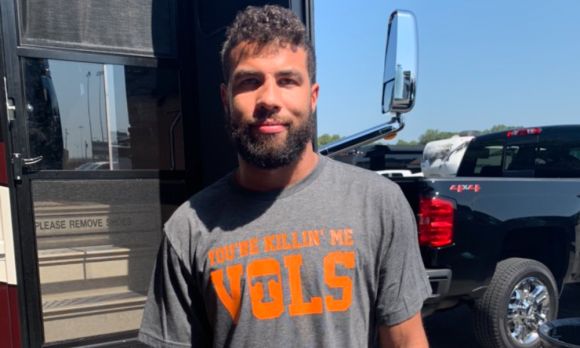 Another weekend of college football has brought us yet another spirit-crushing performance from the Tennessee Volunteers.

You can practically set your watch to it.

While the Vols 34-3 loss at Florida was predictable in every way, it was the complete lack of a pulse that's most disheartening.

The nation of Orange has been left groping for solutions, including NASCAR's own Bubba Wallace, who appears to have reached his breaking point.

Clearly, that wry smile is masking a deeper pain.

Wallace appears to be a longtime Vols enthusiast, and as such understands all too well how this story is going to end.

His frustration oozed out while suffering through the Florida debacle:

Why in the absolute hell is he still our QB?!?? Jesus Christ.

This would be a reference to QB Jarrett Guarantano, who doesn't seem to be very good at football.

Let's throw it to the line of scrimmage on 3rd n 15.. pic.twitter.com/A7hFuylO9w

Yeah, it's really not going well at all.

Despite his public bitching, Bubba says he won't be bailing on his favorite team, so the anguish will continue indefinitely.

Sure, that's the answer.