Whoa, Tennessee Football Has Somehow Found a Layer of Suck Beneath Rocky Bottom 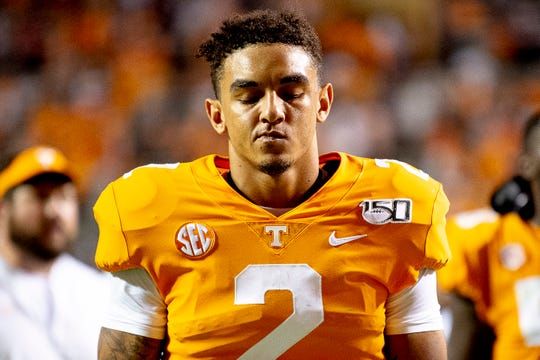 Before we begin, a quick retraction is in order.

We reported last week that the Tennessee Volunteers football program had officially rocky-bottomed out by losing at home to Georgia State.

It turns out that this was completely inaccurate.

In our defense, we weren't the only ones to come to this seemingly logical conclusion.

The possibly cursed Volunteers found a new and creative way to blow a football game this past week, losing yet again at home to the BYU Fighting Mormons.

For whatever reason, their shell-shocked fans staggered back into Neyland Stadium once more looking for salvation.

92,475 fans pack into Neyland Stadium one week after the worst loss in program history.

They were instead provided more crushing despair.

The Vols were clinging to a three-point lead very late when they allowed BYU to do the following:

Tennessee just had to hold on for 15 more seconds.... but they give up the long pass and now we're headed to OT! pic.twitter.com/LAcQ5cEezI

The grateful Cougars did indeed tie the game, eventually winning 29-26 in double OT.

Just look how much joy the Tennessee football program provides their opponents.

Afterwards, doomed head coach Jeremy Pruitt compared the current state of his program to the Titanic.

The band has already stopped playing for Captain Pruitt.