World Series: Nats Bring the Hammer to Houston, Pound Out a 2-0 Lead 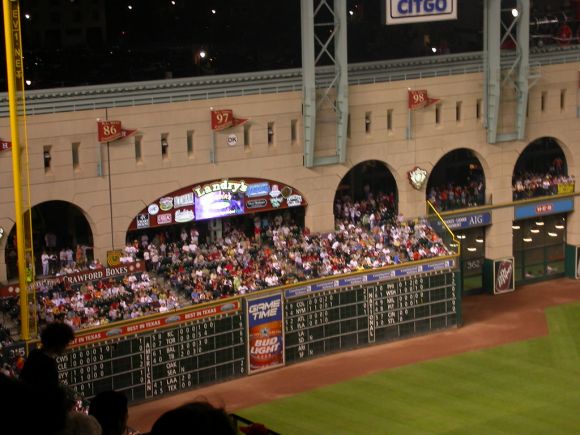 Question: What do you give a team that's won 18 of its last 20 games and 8 in a row in the post-season?
Answer: Absolutely nothing. That'll only make it worse.

The Houston Astros discovered this the hard way -- as if they didn't know it already -- by committing everything they didn't do on their way to a 107-win regular season and a playoff romp to the World Series.

And when it all happened in the late innings of Game 2, the wheels really came off the wagon.

Justin Verlander began his outing serving up red meat to the Nationals in the first inning, got into a rhythm for a while, and then threw BP in Washington's 6-run seventh.

It wasn't enough to tempt fate by missing his spots. He was missing them inside the zone.

Maybe he's allergic to the Fall Classic or something.

Justin Verlander tried to make a play while falling down and ended up throwing the ball into his own leg 😂 pic.twitter.com/skNCND0NTE

This futility spans Verlander's time with Detroit to his tenure with Houston:

The Minute Maid train only has 800 feet of track, but the way Verlander and Houston's pen were laying rails tonight, Juan Soto & Co could almost ride it back to DC.

Meanwhile, Stephen Strasburg's been waiting seven years for this moment.

Washington made a controversial decision back then to shut him down for the playoffs due to his return from Tommy John surgery and a season-long innings count.

Maybe that's accounted for his longevity and continued exellence since then, but in any case, dude made his first Series start a memorable one.

In support, the Nats' attack aggressively took advantantage of everything Houston had to offer to stun the 'Stros crowd for the second night in a row:

Seamheads have the stats to back up a claim that teams winning the Series' first two games have an 80% shot at hoisting the hardware.

However, it's difficult to conceive Houston won't make this a battle royale.

If they're gonna do that, the first order of business is to prove they're as solid a road team as Washington is.