Well, Turns Out That Mike Trout Is Actually a Human Person 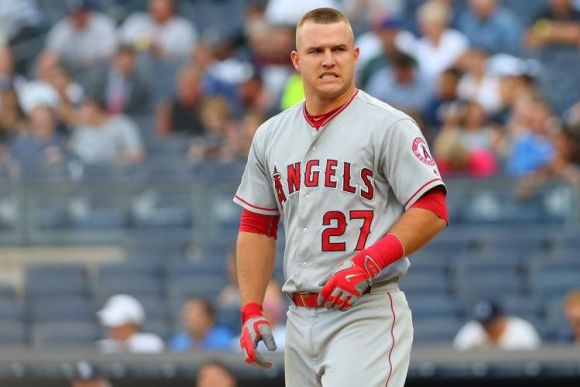 The 2019 MLB season has produced a number of surprises thus far.

But perhaps the most shocking development occurred Friday night in LA.

This is significant, as the best ballplayer on the planet doesn't do this sort of thing very often.

We should probably have a look a look at the gratuitous error before passing judgment.

Once again @HunterPence comes up huge giving the @Rangers a lead that would stick. #TogetherWe pic.twitter.com/DHySWzX6Qd

First of all, much love to Hunter Pence for bringing his big bag of clutch to the ballpark.

But back to Trout.

Clearly, he was trying to decided whether to dive or not and got caught, but dude should still be flogged in a public place.

The misplay allowed the eventual winning run to score in a 4-3 Angels home loss to the Texas Rangers, but exactly how rare was this outfield error?

Well, Trout hadn't committed an error in over two years, which was a span of 262 games.

The record for a non-pitcher would be a whopping 398 games by current Atlanta Brave Nick Markakis, but our hero has to leave some achievements for the mortals.

If you were wondering how many errors Trout has committed in his entire career, that number would be 17 in 1,048 games of roaming the outfield.

Oh, and in the mother of all ironies, dude has never once won a Gold Glove.