Trout and Bellinger Are Playing at a Golden Age Level 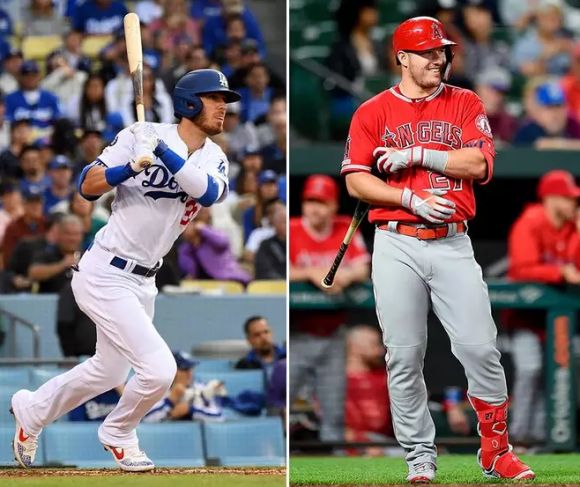 Any Old School seamhead longing for the days of baseball's Golden Age hasn't been paying attention.

It could be right now.

Yes, this is a time of cranking and tanking, and in the midst of it, fans are seeing some pretty incredible stuff.

Once Christian Yelich and his former teammates escapted the sports ghetto that is South Florida, at least one of them have been worth the price of admission on a daily basis.

Dude's laying the planks on a superior season, but even he has to tip his cap to what a couple of his contemporaries have been doing.

First of all, there's Mike Trout and the ongoing suspicion that he's from Krypton.

All he did last night in Toronto was treat baseballs like they were on the wrong end of an exchange rate. New Jersey's finest went 3-for-6 with a massive 7 RBIs from a grand slam, a 2-run shot, and a 1-run single for good measure:

Another son of Krypton, maybe?

So far this season, as amazing as it sounds, Cody Bellinger is out-Trouting Trout:

Part of the reason for their advanced production is they put the ball in play.

The season's approaching its midpoint, but if last year is any indication -- and it probably is -- then both players stand an excelling chance of keeping these sorta numbers where they are.

Trout's been posting stats like that longer because he's been in The Show longer. However, Bellinger is showing signs that his arc can be just as impressive.

Actually, it's not that difficult to do.

As to those gool ol' days, imagine what this pair would done in 1930. For one thing, Hack Wilson's unbelievable record of 191 RBIs mighta wound up in third place.

As it is with the Golden Age that's happening in baseball right now.