The Mets Have Just Broken the Spirit of Marcus Stroman 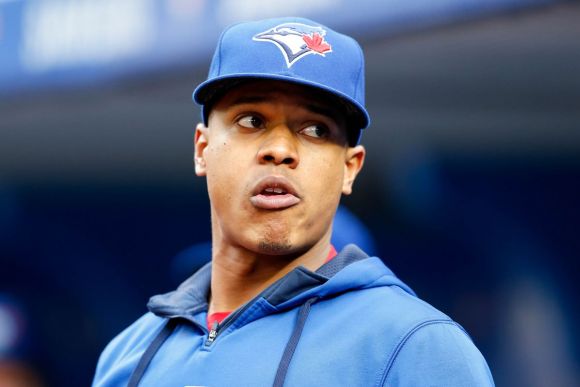 The New York Mets are currently practicing their unique brand of mediocrity, languishing five games under .500 and six games out of the second NL Wild Card.

So naturally, they just unloaded two pitching prospects to acquire a starter whom actual contending teams were coveting.

We will take a hard pass at trying to figure out the reasoning behind such a move from this franchise, because nothing good will come of that.

But what of this cursed soul and brand new Metropolitan?

Through absolutely no fault of his own, Marcus Stroman now belongs to the New York Mets.

Reportedly, his first instinct was to become very angry and frustrated, emotions that are perfectly understandable considering the circumstances.

Source says Stroman's clubhouse "commotion" yesterday with the Blue Jays was initial disappointment that he hadn't been traded to a contender; He thought he might be headed to the Red Sox, Yankees or Astros.

Of course, this was a logical assumption on his part, but those madcap Mets had other ideas.

Shhh, we don't want to disturb this Mets player personnel meeting, which appears to be in progress.

The elder Stroman provided even more insight into his son's current state of mind:

Eventually, the now former Blue Jay himself shed some light on the situation:

"It had nothing to do with the Mets at all," Stroman said on a call. "To be back home, pitching in front of friends and family, is going to be an amazing time."

We certainly respect this dude for saying all the right things, but the Bronx would have been so much nicer.

You know, first place and all.

Stroman is sporting an ERA of 2.96 this season, although his personal record sits at 6-11, which of course means less than nothing.

We're confident his luck will improve in Queens, though.

The neighbors are gonna love him.