MLB's Belated Opening Weekend Features Baseball with a Side of Covid 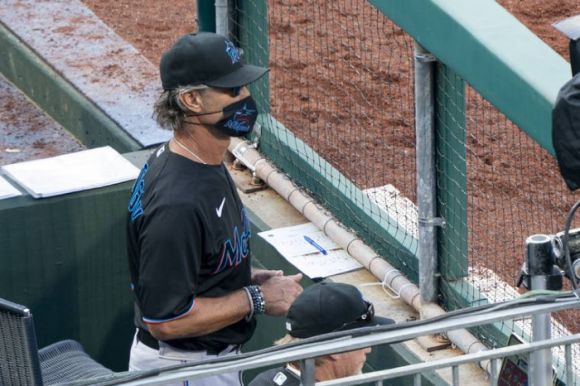 Obviously, the looming specter of Covid-19 was going to cast a rather dark cloud on this abbreviated MLB season, regardless of when it actually began.

And just in case the empty stadiums weren't enough of a grim reminder, the Miami Marlins decided to bring the virus up the East Coast to Philly.

You know, just for funsies.

For reasons passing understanding, the team located in a state completely saturated in Corona and run by a GOP stooge was asked to travel in their opening series of this doomed season.

And wouldn't you know it, three Marlins tested positive over the weekend.

But the bad judgment doesn't end there.

The Marlins discovered these positive tests on Saturday night, and yet decided to play a baseball game the very next day.

It is late July. The Marlins stand alone atop the NL East. pic.twitter.com/RLIorWsVbx

Oh joy, they won the game.

But maybe we should explore this pesky, highly contagious virus situation in more detail:

Sources: Marlins new positives include Cooper and Ramirez in addition to Urena, plus Alfaro had been positive. So they’ve now lost their starting RF, DH/1B and C in addition to one of their better pitchers. @ByRobertMurray 1st on some names

As always, MLB insider Jon Heyman is in the know.

Apparently, the entire Marlins team was tested before the game, but these results are as yet undetermined.

Sadly, it's pretty safe to assume there will be more positives to follow.

Let's not get into that.

But we're still wondering why this Sunday game was even played.

Well, it appears that manager Don Mattingly and his merry band of responsible adults decided via group text that the game must go on, despite the risk not only to themselves but the other team that shared the field with them.

See, everything worked out just fine.

Meanwhile, the Marlins will be extending their Philly stay into Monday, where they'll await the test results and then test some more.

And of course there's the matter of the Phillies and then the two teams these two teams are scheduled to play next.

This isn't going to end well.