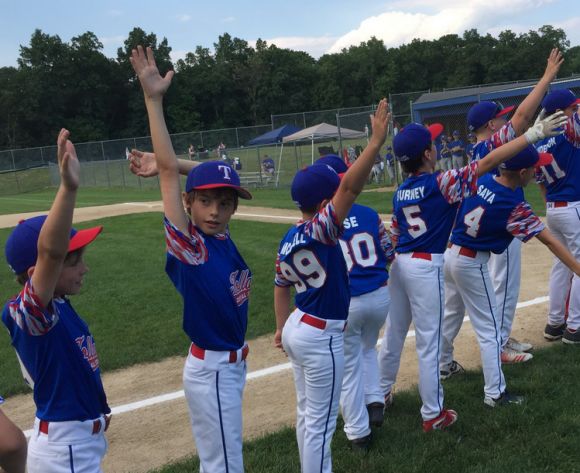 MLB is doing everything it can devise to quickly get through the bare minimum of a regular season -- seemingly just enough to honor its broadcast commitments -- and then capitalize on the full revenue blast that is its post-season.

Now, all they have to do is get there.

Covid-19 has announced its expansion plans, too. Researchers have now confirmed the virus has morphed into at least six different strains to complicate its attack on humanity.

Baseball's first task, then, is to be model citizens. If they can achieve that, it'll be time for Vin Scully's famous call in the 1988 World Series to be dusted off and deployed again:

If this season isn't Improbable 2.0, then only the apocalypse will qualify for that distinction.

On the bright side, seen in another light, if ever there was a shot at a team doing a '69 Mets and coming outta nowhere to reign as World Series champions, this season will now be a golden opportunity.

All a Cinderella has to do this season is compile a record that makes the top 53% to earn a playoff spot, ride its core players through a couple of short series, and then it'll all be on the line for earn some rings that some think should have an asterisk engraved into the design.

San Diego and/or Cincinnati could be set up for something like this. So could Toronto or the White Sox.

The perpetual prospect pipeline that is the Tampa Bay Rays would be far from an underdog-makes-good story, but maybe this is their scenario to frustrate the Yankees and Dodgers for yet another year.

It'll be clubs like the Bombers and Bums who'd take a dim view of this development.

Winning a division doesn't guarantee avoiding the one-&-done Wild Card game anymore, which brought with it the conundrum of whether to start the ace or save him in hopes of winning it anyway with someone else. Home field advantage in an empty stadium isn't what it normally is, either.

Usually, their sole income from the playoffs is partaking of the revenue pool from gate receipts. Since those are non-existent in 2020, they negotiated a $50million pool with the owners to compensate. Considering that figure started at $25million prior to the negotiations, it's a sign ownership really coveted the 16-team format.

At a time in our lives where resumption of sports represents some sorta return to normalcy, fans are likely happy enough that the games are simply being played to get picky about all the gimmicks that are being rolled out.

The real drama remains whether or not MLB will be able to keep it going.

If ever the thought of hope springing eternal as it does for every team at the start of every season would have an expanded meaning, it's now.