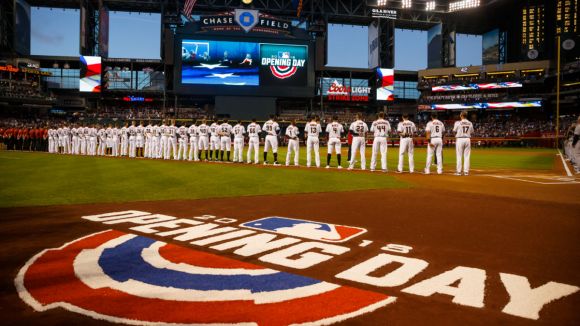 Citizens in America's Heartland sarcastically refer to themselves as residents of Flyover USA because of their perception that the East and West Coasts control the nation's influences and trends.

That's a topic for another time, except for teams in the AL and NL Central divisions.

They're fine with it.

According to MLB's revised schedule format in the restart proposal its ownership just approved, their travel logistics are butter.

After all that creative brainstorming about ...

The game's masters of the universe ultimately realized what little Dorothy knew all along:

Setting aside for a moment the thought that she coulda used a bitta PED testing herself, this Kansas lassie just became the poster girl for the USA's middle third.

If there's one element of MLB's proposal that won't be contentious, it's an 80-game slate based on geography:

The schedule then proceeds in a rather spiffy manner:

So, while a team like Seattle will get to fly to Houston, Texas, and Arizona twice each or Boston gets four series in Florida, the better-bunched Central Division clubs will rarely have flights longer than two hours.

That's gotta be a greatly appreciated convenience in these crazy times. Plus, with MLB's bright lights realizing ...

It seems they really and truly cracked this issue wide open.

There'll be a few adjustments here and there:

The goal will be to wrap it all up by the first week in November.

For the most part, all those will be painless.

But then there's the matter of money.

Amid coronavirus pandemic, #MLB owners will vote on historic revenue-sharing plan that guarantees at least 48% to players on 82-game season with universal DH and extra playoff round. https://t.co/xs3g6LbJP6

Owners will seek less than prorated pay for players, and in fact are adamant they will not pay prorated $, saying losses would be too steep. One possible proposal: a 50/50 revenue split. Players side’s been adamant about prorated $ (half pay for 81 games). Something has to give.

MLB remains the continent's only major sports league without a salary cap, and given virtually a century-and-change of ownership's and management's book-cooking shenanigans, the players don't intend to trust them any more now than they ever have.

Given a projected start around the Fourth of July weekend, there's time for a settlement. The question is whether the players will report to three weeks of Spring Training 2.0 before it happens.

Bear with me, but it feels like we've zoomed past the most important aspect of any MLB restart plan: health protections for players, families, staff, stadium workers and the workforce it would require to resume a season. Here are some things I'll be looking for in the proposal...

So says the Washington Nationals' player representative, and he's right.

MLB's come a long way to getting a restart organized, but it's not home free yet.