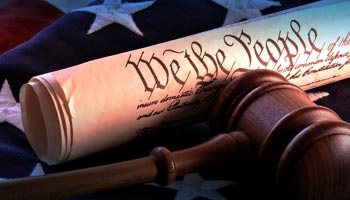 It's been a about eight months since Al Jazeera America broke a story connecting several professional athletes to performance enhancing drug (PED) use.

Coincidentally or not, it wasn't long after that the network shuttered its studios.

Maybe it was trying to break a major story in its waning months, trying to garner enough publicity to remain alive.

Didn't work. In the process, athletes who bore the brunt of the accusations were those who in world of football.

Case number one being Peyton Manning.

Besides being in the last season of a historic career, Manning’s team, the eventual Super Bowl champion Broncos, were in midst of the playoffs.

Of course we now know that Manning was cleared by the NFL, as well as having the accusations against him recanted by his accuser; however, the circumstances behind that are kind of sketchy.

The other players named in the story -- Green Bay Packers Clay Matthews and Julius Peppers, Pittsburgh Steeler James Harrison, and free agent linebacker Mike Neal -- have recently been threatened with suspensions by the NFL with if they continue to refuse to talk to the false god Commissioner Roger Goodell.

The threat must be pretty damn real, too, since the three dudes who currently have a spot on a team have agreed to cooperate and talk with the NFL.

However; NFL players weren't the only professional athletes to be named in connection to PED use.

Phillies 1B Ryan Howard and Nationals 3B/1B Ryan Zimmerman were among the big baseball names tied to the doping ring.

Unlike Manning, these two former stars refused to have their names besmirched by an air of cheating, and filed suit against Al-Jazeera America.

In the meantime, the not-as-well-known baseball player named in the documentary, Taylor Teagarden, was given an 80-game suspension by MLB.

With their NFL brothers facing suspension and their baseball brother already punished, Howard and Zimmerman recently found themselves off scot-free.

In a report released on Friday, MLB cleared Howard and Zimmerman of any PED use, noting the full cooperation of both players in the investigation.

Is this a case of player favoritism?

Unlike the other two, Teagarden was captured on film admitting to taking PED’s last season.

Compared to their NFL counterparts, Howard and Zimmerman may have had it a little easier. Then again, if the NFLers had cooperated with their league, they also may have been able to avoid recent public shaming.

But that's just wrong. The USA's founding fathers never wrote the NFL brass into a citizen's right to due process.

In the end, all of the parties may find their names free of all accusations.

The sole exception being Teagarden.