Pig This, Donny: Shelly Sterling Can Sell the Clips 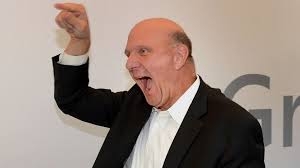 As it turned out, Donald Sterling was probably Shelly Sterling's best witness.

Not to mention her side's unwitting Exhibit A.

And according to Judge Michael Levanas, his performance in court was much more unwitting than his consent to be evaluated by the Sterling Family Trust doctors for mental competence. That means Steve Ballmer can do another geek-style victory dance while he writes an e-check for a cool $2billion.

It's obviously too early to determine if he can flatline the Clips as quickly as he did Microsoft, but he's promised to do his best. At something.

Meanwhile, America's most notorious billionaire bigot still has two lawsuits pending against his wife, Ballmer and the NBA. However, this specific ruling cannot be repealed. Judge Levanas decided the ownership issue was not 'life or death' and as such, that was that. Mr Sterling could still sue for monetary damages, but his chances of prevailing after this judgment was handed down are slim and none. And Slim left town.

This validates the 'death spiral' scenario as presented in testimony by the Clips' interim CEO, Richard Parsons. His belief was that continued ownership -- or even contested ownership -- by Mr Sterling would cost big bucks in lost revenues from sponsor cancellations, declines in revenues due to diminished attendance, and possible defections from coaches and players.

The judge accepted the estimation that the trust would lose $400million as a result, not to mention the staggering profits realized by Ballmer's ballsy bid.

So the page is turned, and the crazy torch is passed from a demented dude to a dancing fool. 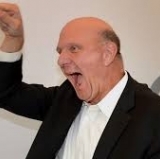 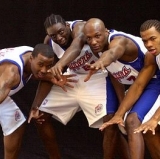