Joe Maddon's Gonna Do Some Managing Next Season 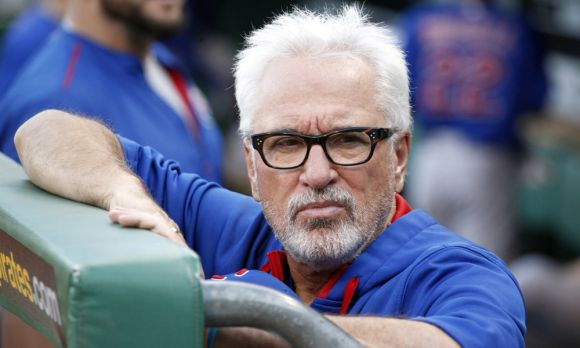 The bar's been set pretty high for the Chicago Cubs.

Since finally winning that elusive World Series title in 2016, standards have risen significantly.

As a result, being eliminated in an NL Wild Card game like last year is simply unacceptable.

The never-dull Joe Maddon is keenly aware of this and is even willing to tinker with his managerial style.

The Cubs' skipper has certainly mastered all seven animal styles, but he's also decided to get more involved in the nuts-&-bolts coaching on the field.

The possibilities are endless, as we may get to see Joe hitting some fungoes or maybe playing some pepper.

Hell, he might even toss a little batting practice.

Whatever the case, Maddon's skilled hands will be all over his players going forward.

Despite winning over 90 games four years in a row, including 103 and the ring in 2016, the Cubs' manager will enter the 2019 season as a lame duck, with his contract set to expire.

However, in typical Maddon fashion, he's putting a happy spin on things.

Joe sees himself as a desirable free agent, not unlike a Bryce Harper or a Manny Machado.

Anyway, we look forward to seeing some of Joe's new tactics in the clubhouse.

And also communicating with his players.