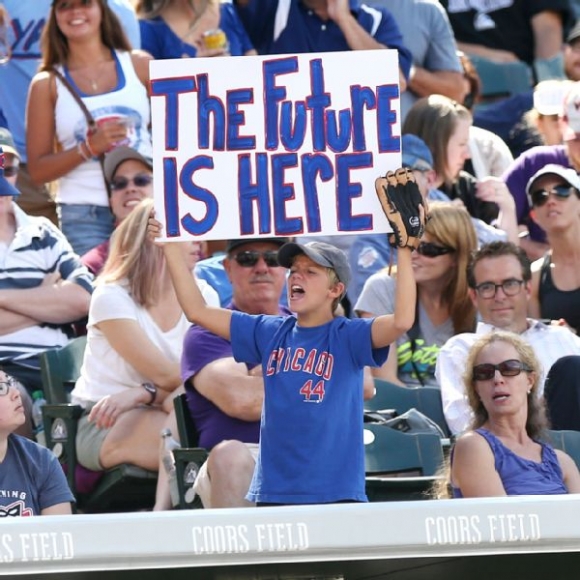 So, what's next for Theo Epstein?

There are challenges enough out there. Consider the Toronto Maple Leafs. Or the Philadelphia 76ers. How about peace in the Middle East?

Let's not get carried away, here.

Home of the NBA champion Cavaliers. And now, the possessor of the longest World Series drought in baseball.

But talk about going down in a blaze of glory:

Anyone who saw Game 6 knew this was destined to be a bat rattler.

Both Joe Maddon and Terry Francona had shortened their pitching staffs so much, it was inevitable that the hitters who got their teams this far would see them enough to make adjustments.

It's no secret that at this level, hitters look to focus on one pitch. Aroldis Chapman's heater may average 100mph, for example, but Rajai Davis disdained the reliever's slider, went up on the bat, looked for a location, and struck when he got it:

Warhorse David Ross was playing the last game of his career, no matter what.

He had ample chances to gauge the Tribe's fixer, Andrew Miller. As with Davis, dude was rewarded for his observations and response:

Some players ignored that convoluted truism at their peril.

The nature of this game was that both Davis and Ross were guilty of defensive lapses, and both knew better:

Ironically, it could be argued that Lester was the game's most effective pitcher, possibly because he makes his living these days by constantly changing speeds.

They weren't alone in fielding issues that were the key undercurrent in this game. The Cubs' Javier Baez made up for a pair of them with a dinger of his own, but fate wasn't so balanced when Cleveland totally handed Chicago two runs in the fourth:

Those turned out to be rather influential in the wake of Davis' bomb off Chapman and the fact this game went into extras.

But there it is.

Give Maddon credit for keeping the team loose all season, but his mistrust of the Fuzzies' bullpen almost cost Chicago an historic occasion. It seemed like he was managing from panic.

As to Francona, he pushed decent in-game buttons, but starting Kluber three times only confirmed the greatness of Bob Gibson, who became an iron-man legend.

And here's how the Pirates won it:

That broke a 35-year dearth for Pittsburgh. A mere pittance.

Cubs fans will let others decide platitudes. For them, this win was a near-religious experience.

Little did Cubs Nation know they've had a prophet since 1993:

And since a National League team won in this election year, perhaps President Hillary Clinton -- paging Wazzu's Jamal Morrow -- should get on the phone and start asking Theo Epstein about the Middle East.