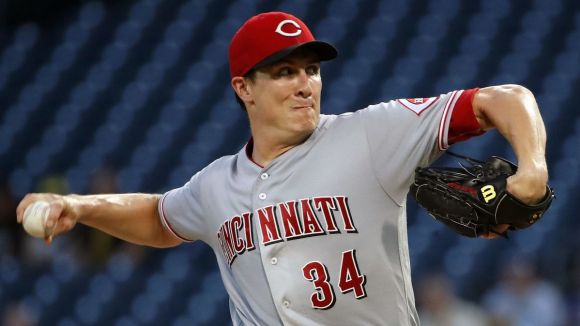 The Buccos were terrible that year, losing 112 games.

It gave Rickey the perfect opportunity to cut Kiner's salary instead, saying:

Son, we finished last with you.
We can finish last without you.

It's a solid bet that Los Angeles Dodgers didn't say that to Yasiel Puig, but the net effect was the same on the other end of baseball's spectrum.

The Bums reached the last two World Series with him and still haven't earned a ring since 1988.

Clearly, with their bordering the lux-tax payroll, losing first to Houston and then Boston stung.

So, given the situation, Bums prez Andrew Friedman -- taking the GM reins after Farhan Zaidi bolted to the Giants -- hatched a plan:

Who knows if the Dodgers can lure Harper?

The Reds, though, have gotta be pinching themselves.

Cincinnati's gotta lotta ground to make up in the NL Central to hang with Milwaukee, Chicago, and St Louis, but this is a huge step in the right direction.

It's clearly a strong counter to the St Louis Cardinals' signing Paul Goldschmidt in the off-season's other blockbuster.

The Cardinals are apparently in the mix for Harper if he's willing to go down to a shorter term. They had a close call with fiscal disaster when Albert Pujols bolted for the Angels, so not even a 26-year-old's gonna get a decade deal from them.

The leaders in the clubhouse remain the same, then:

And that works for him.