Bryce Harper's Back in Ohio, Trolling for the Buckeyes 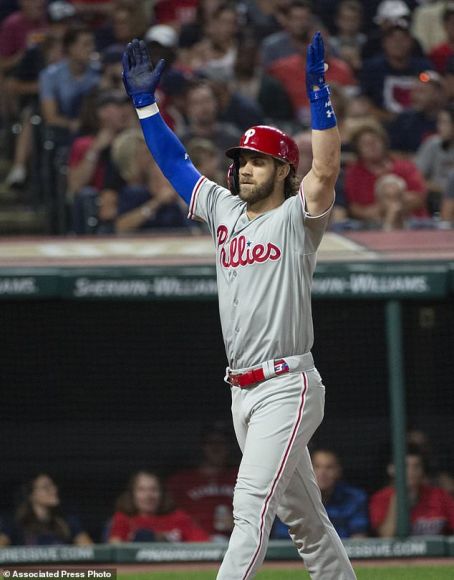 Bryce Harper can certainly be polarizing at times, particularly to umpires.

However, he's also quite entertaining.

The Phillies slugger is always making friends and influencing people, even on the road.

His most notable crowd sourcing has taken place in the state of Ohio.

Sure, we can begin in Cleveland.

Harper and the Phillies visited the Mistake by the Lake last night where dude did unspeakable things to a baseball:

Then The Buckeyes enthusiast performed a lovely homage:

When in The™ Buckeye State ... pic.twitter.com/gbKQrY73Uy

That's a pretty solid way to endear yourself to fans on the road.

Bryce Harper had some fun with a Cincinnati and Notre Dame fan by giving him an “O-H...” after his home run https://t.co/pJdnGKfxG2

Harper provided just the boost Ohio State needed as they held on for a 76-5 win over the Miami Bobcats.

Yep, they really dodged a bullet there.