Published on 9-Mar-2017 by Alan Adamsson 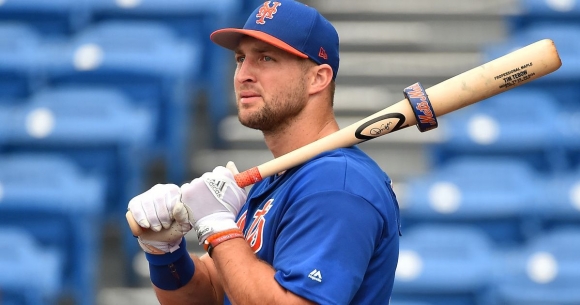 There's no way they didn't know Tim Tebow was too far removed from baseball to make a serious run at The Show.

There's also no way they didn't do the math and realize dude was a box office magnet.

As the team's ownership got burned -- coming and going -- in the Bernie Madoff Ponzi scheme, they could use stunts like this.

At least The Producers paved the way for the likes of Blazing Saddles and the spoofs that followed.

What are the Mets giving its paying public?

A player who may someday be inept enough to earn his own golden sombrero somewhere, but not in the bigs.

Frankly, this display further confirms just how awesome an athlete Bo Jackson was.

And that dude had marketing chops, too.

Dude could back it up:

Not to lay the entire brand-name farce on Tebow, but dude is pulling rank on some other player who's being denied a legit opportunity.

Instead, point the kliegs directly on the Mets. This whole episode is just plain tacky.