If Tim Tebow Can Be a Met, So Can You 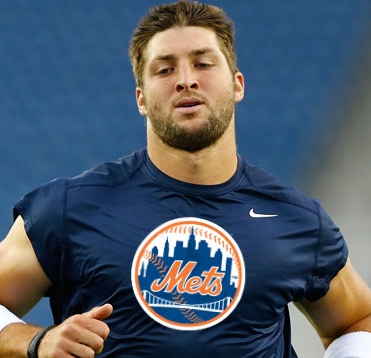 Maybe this dude is better than Michael Jordan.

The hoopster Hall of Famer made it to AA ball when he made his run at being a major leaguer.

Right now, all Tim Tebow has done is make it to organized baseball. Like Jordan, celebrity helps.

But it's a different world when one becomes a big brand.

Still, there's gotta be something of redeeming moral value from this. After all, it's Tim Tebow, for chrissakes!

While looking like he was trying to make a fair catch out there, Tebow confirmed that the only team for him was indeed the Mets.

Dude's just 54 years behind his time.