Rahm Calms an Angry Muirfield, Becomes World No 1 in the Process 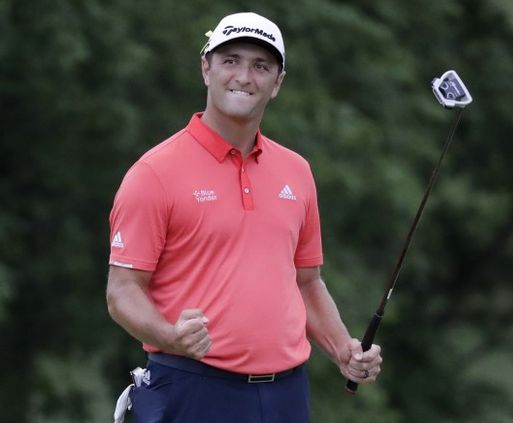 It's the closest golf's gonna come to a double-header, and in the 'nightcap', a certain Spaniard pounced on an opportunity to realize his childhood dream.

The irony is this Jack Nicklaus-designed monster of a course played tame last week, but John Rahm couldn't capitalize.

All eyes were on the FrankenChambeau, who tried to bomb his way to victory at the Workday Charity Open.

The Mad Scientist has been the talk of the Tour since it resumed, what with his packed 40lb and amazing power stats.

Since the return, DeChambeau's ...

But if it wasn't gonna happen last week when the course was so vulnerable, it sure as hell wasn't the right approach this week at the vaunted Memorial, which plays like the fifth major.

At times like those -- same-size clubs or no -- Bryson DeChambeau might do well to remember that even muscle cars have gearboxes, and they're installed for more than just jammin'.

Dude found out the hard way: Won't come back from Dead Man's Curve.

Muirfield's getting torn up for renovations -- and it was happening on Sunday after a few holes were done for the tourney -- so with the extra growth around the edges and a bitta wind tossed in for added degree of difficulty, only five players broke par on the final round.

Rahm wasn't one of them, firing a penalty-enhanced 75 ...

Yet again in 21st Century sport, let's hear it for molecular analysis.

No matter this time, though, as he'd already done enough over the course of four days.

Rahm's obvious strategy in those conditions was to throttle back and make a point of hitting fairways. Dude was a machine in that regard, looking every bit like a World No 1.

Because by the end of the Memorial, that's what he was:

Putting it mildly, Rahm's known to be emotional.

That was a positive in this case when all was done and dusted. There was no humble downplay of his achievement. Instead, dude reveled in his accomplishment because the rformula-based rankings are a big deal and why not express reaching the top rung to the max?

Dude now joins the late, great Seve Ballesteros as the only Spaniards to get there.

Now, at the tender age of 25, his next challenge is keeping himself in the mix to stay there and/or reclaim it. Easier said than done.