Hey, Check Out These Two Final Round Aces at the Masters 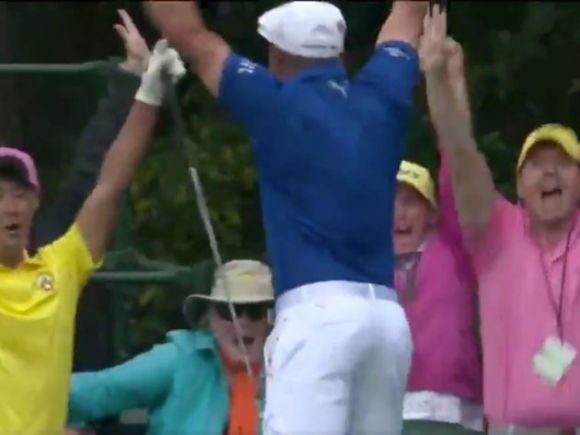 The 2019 Masters has been quite entertaining, as always.

With the drama ratcheting up in Sunday's final round, a couple of dudes did something that doesn't happen all that often.

The two professional golfers in question are Bryson DeChambeau and Justin Thomas.

And the thing that doesn't happen very often would be a hole-in-one.

DeChambeau led off, acing Augusta's 16th for his first ever hole-in-one.

We're not sure if this shot was attributable to DeChambeau's precious science or blind luck, but it was super-cool.

Next up, we have Thomas, who was actually in contention when he dropped this beauty.

These aces were the 28th and 29th in Masters history.

Unlike DeChambeau, Thomas has done the deed on more than one occasion.

Here's an ace he bounced in somewhere in Mexico a few years back:

And another from the Greenbrier Classic in 2015.

This is so much fun, let's just enjoy a compilation:

You said it, Happy.