When Penalty Shootouts Are Really a Joke 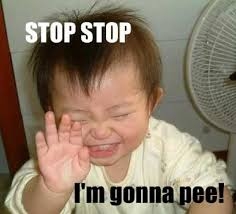 Who would've thought that two juggernauts like Real Madrid and Manchester United would be involved in a total disaster of a penalty shootout?

In a pre-season friendly, yet.

It ended in a 1-1 draw, and because this was a hyped exhibition in Levi's Stadium, where the San Francisco 49ers display shows of ineptitude on a regular basis these days ...

... the two combatants somehow managed to pay tribute to that tradition.

What with the International Champions Cup -- yeah, right -- organizers wanting a result in every one of these meaningless games -- but for which they're charging crazy prices for tickets -- this one ended in a 2-1 faux score in United’s favor through a hilarious penalty shootout.

The match did live up to its expectation every now and then, as the Red Devils' first goal was worthy enough:

Jesse Lingard may be the scorer but the real hero there was the young and expensive Anthony Martial.

Real needed a penalty to equalize, which was soundly converted by Casemiro:

Now, that's a good shot from the spot.

Then came a comedy that was beneath the dignity of these two clubs but was totally their responsibility.

Out of 10 total penalties, seven were off the mark while only three got converted:

That's what happens in matches when no one really cares about breaking meaningless ties.

Except maybe the paying customers.