Pulisic Finally Gets His Shot with Chelsea, Delivers a Hatter 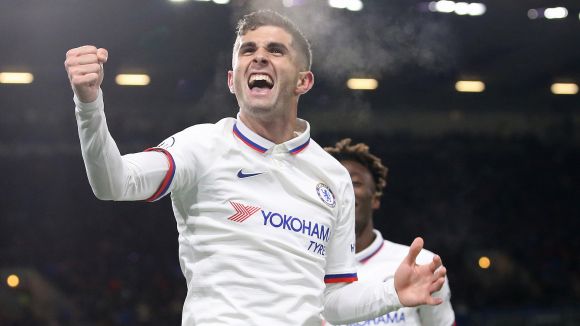 For those football fans with too much time on their hands, comprehensive comparisons have been made to quantify the differences between the Bundesliga and the Premiership.

But really, as in every team in every sport around the world, it's a club's style of play that determines whether a player fits or doesn't.

In between, then, is the dreaded twilight zone of unrealized potential.

That's where Christian Pulisic has been consigned so far this season.

Dude finally got Chelsea manager Frank Lampard's tap on the shoulder to take his place in the Starting XI against Burnley at Turf Moor, and it's safe to say he made the most of it.

Scoring hat tricks and generally being dangerous all day in leading the Blues to a 2-4 victory will do that:

It's only one match, of course, but it appears to have marked the de facto arrival of Pulisic into the Premiership.

Lampard framed it in such a way that easing him into the lineup simply seemed like the next step in his master plan for the American:

Pulisic excelled at Borussia Dortmund because he's a tactical player.

The Premiership adds a stronger element of physical play to their game, so it's understandable for Lampard to be careful and make sure Chelsea's £58 million investment isn't gonna be run into the ground right outta the gate.

The Blues had won six straight all-competition victories without any contributions from Pulisic. He's showed what he can do in their seventh.

If he can keep it up, the Blues will definitely be in the hunt with their fellow big brands for the Premiership title.

And he'll have escaped the twilight zone.