Neymar Faced an Empty Stadium, but He's Not Gonna Be Alone for Long 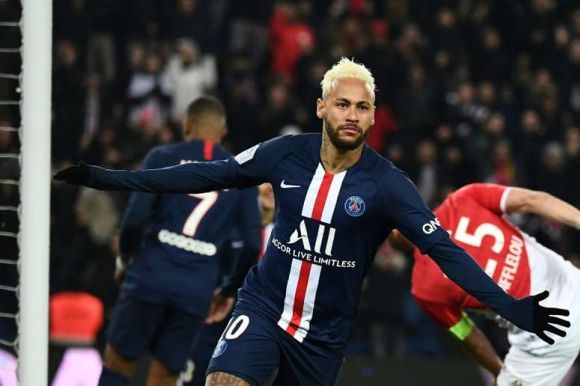 Gotta feeling that, if the world's not taking the Covid-19 threat seriously enough, it won't be long before they do.

It's hard to ignore when the Champions League starts taking precautions against it, and now that's happened.

Paris St-Germain just overcame a 1-2 first-leg disadvantage to Borussia Dortmund in the UCL Round of 16 to post a 2-0 second-leg victory and advance to the quarter-finals on the 3-2 aggregate.

It was another defining moment for Neymar, albeit with a different sorta atmosphere.

They were never there.

Due to justifiable concerns about this latest strain of coronovirus, Champions League officials ordered this match to be played behind closed doors. This confirms in spades that Covid-19 has universally invaded the sports world.

All signs are that this is gonna get worse -- much worse -- before it gets better.

Well, they're sure gonna give a 4X about Covid-19.

The headline outta Paris tonight was supposed to be about Neymar reclaiming his legacy as the heir apparent to Lionel Messi and Cristiano Ronaldo. It's why he stepped away from Barça. Dude wanted to be the Big Dog, but even that didn't go as planned.

Kylian Mbappé is the dude at PSG these days.

So, Neymar did his bit in the victory and advancement, but instead of the occasion being shared in person with thousands of PSG fans, the Parc des Princes literally served as a large studio:

At least this match got played.

Cancellations to help prevent the spread of Covid-19 is becoming the order of the day everywhere else. For example, the Ivy League has alredy shelved plans for their conference basketball tournaments while others in the USA are considering playing them without fans, as PSG just did.

This is clearly just the beginning.

If Neymar's star is gonna shine, the world will only see it from afar. Right now, that kinda looks like the way things are gonna be for sports' big names and big events everywhere.