Published on 4-Mar-2020 by Alan Adamsson 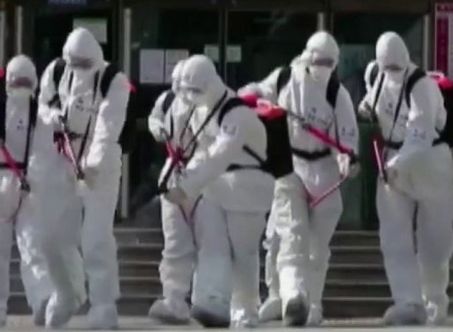 Dudes won't be leading the majors in much of anything this season, but they're one-up in an extremely vital category.

The Pittsburgh Pirates took no chances when they got the news that a local resident in the Bradenton area had tested positive for the coronavirus strain Covid-19.

They went into full-fumigation mode and called in the professionals to deep clean their entire Spring Training facility, accelerating to DefCon 1 against the pandemic that's threatening to break out.

The corona family of viruses are so named because under a microscope, they appear to be sprouting crowns. They've appeared in pandemics before. For example:

So the sports world is justifiably taking Covid-19 seriously. It'd be advisable if more fans joined in that concern, too:

It's also why sports organizations worldwide are taking precautionary action. They include:

On Mon 2 Mar, the MLB, NHL, NBA, and NFL held a conference call to discuss contingency plans. With March Madness on the horizon, the NCAA has set up a Covid-19 advisory panel, as well.

Currently, no sports organization on these shores has gone above and beyond the call like the Pirates.

Dudes know the ramifications of what's at stake in a pandemic.

The example's been set.