Manchester City Flocks Up the Seagulls 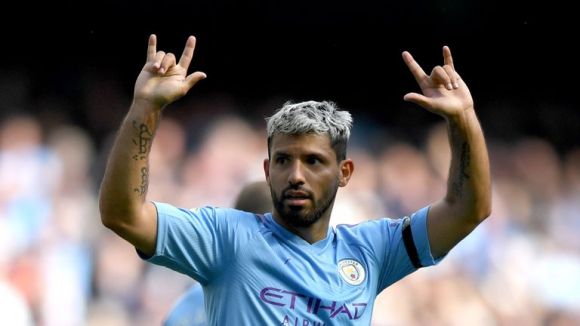 The only thing that realistically could go wrong for Manchester City did.

However, it didn't stop them for posting another four-goal performance against Brighton & Hove Albion.

This 4-0 blowout happened at the Etihad. It looked amazingly similar to last May's 1-4 blowout on the South Coast when City clinched the Premiership title.

It's just what City does when they're firing on all cylinders.

City only needed two minutes to take charge. Oleksandr Zinchenko triggered David Silva down the left side, and the Spaniard found de Bruyne, who right-footed his club into an immediate lead:

City kept pushing for the second, but they only got there in the 42nd minute.

That's when de Bruyne chased down a loose ball on the touchline and found Agüero. The Argentine took a touch before hammering home past Matt Ryan:

Dude rang up his second of the match after the interval.

David Silva fed the Argentine, who curled in a spiffy shot home from the edge of the box:

Substitute Bernardo Silva completed the massacre on his first touch in the 79th minutes.

Agüero was the provider, finding Silva with a class pass. The Portuguese international settled, shot, and scored:

The Citizens' only real bummer of the day happened in the 37th minute, when Aymeric Laporte took enough of a knock to be forced off the pitch.

His knee injury looked like it could cost the team his services for a while. If so, until John Stones returns, City will be down to only a pair of experienced center-backs.

Perhaps two of their academy prodigies -- teens Eric Garcia and Taylor Harwood-Bellis -- may be thrown into the crucible earlier than expected.