'Keeper Makes Two Saves, Fullback Then Saves One, All on Same Penalty 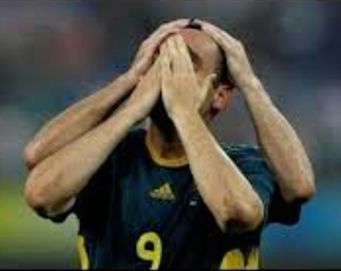 At least for one match.

It was the one where those feisty lads from Uşak Spor showed the world that -- thanks to going viral -- even if the game is lost, there's still a lotta pride at stake.

And they'll go to the wall to defend it.

Their wall turned out to be better than the famous Theodesian Walls of Constantinople, too, because theirs held.

Not without a bitta extra effort, though.

There they were, on the road at Ergene Velimeşe and on their way to ignominious 2-0 defeat when, in the 90th minute, some hardass stickler for the rules of a referee pointed to the spot in favor of the homies.

Both sides are firmly ensconced in mid-table, so it's not like goal difference is going to come into play or anything, so that happened next was nothing short of pure determination just for the sake of it:

All that likely remained was a shout of al bunu!

Or, for our English-speaking readers:

Giving a 90th-minute card-free penalty in a 2-0 match with absolutely nothing at stake ...

Full marks to you, Uşak Spor, for your own take on a last great act of defiance.