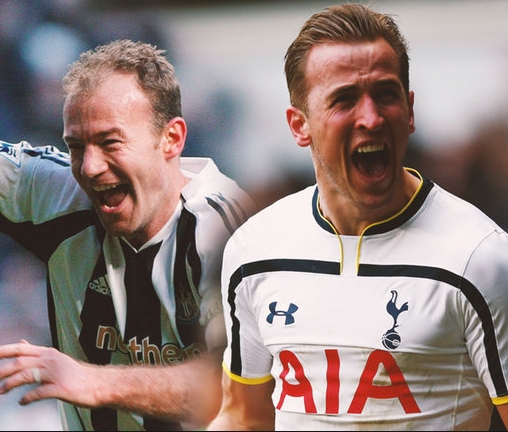 Dude's got the gift of putting himself in the right place at the right time and having the skills to take it from there.

He worked at it. Hard. Every damn day.

Kane's the poster boy for desire, commitment, and refusing to be denied.

After being shipped out on loan to four different English clubs over the course of two seasons, Kane cracked the Spurs lineup in 2014 and never looked back.

Especially after finding twine for the first time in Tottenham's FA Cup victory over Fulham that season.

Kane's the dude in orange on the left side of the screen:

The Premiership is arguably football's most energetic league and probably the most physical. The fact Kane's now mentioned in the same sentence as Alan Shearer is impressive in itself.

Among other things, it produced one of the quickest goals in Premiership history, 10 seconds after kickoff:

Now, it's Kane's time to shine, not to mention abbreviate a dramatic buildup as he approached Shearer's record in what passes for football's red-headed stepchild stats.

Full marks to Kane. He didn't dream up the category. He just continues his assault on nets.

But how is number of goals scored in a calendar year a thing?

Still, it does give everyone another reason to celebrate, and after 22 years, Spurs fans are.

Here's Kane pummeling the goal at Turf Moor, accounting for all the scoring in Tottenham's 0-3 victory over Burnley on Sat 23 Dec:

Lightning allegedly doesn't strike twice in the same place, and neither does the HurriKane.

He strikes thrice in a different place.

This time, it was at Spurs' temporary home at Wembley, spearheading a 5-2 bashing of Southampton:

This is all heavy, right on, and solid, but it does pose a conundrum for the club.

Kane's not even in the Premiership's top ten when it comes to dosh.

Dude's on £120,000 a week, which is good work if you can get it, but he'll be in line for a huge upgrade if Tottenham wants to retain his services for the near future.

Depending on one's point of view -- team accountants or Kane's agent -- that about sums it up.