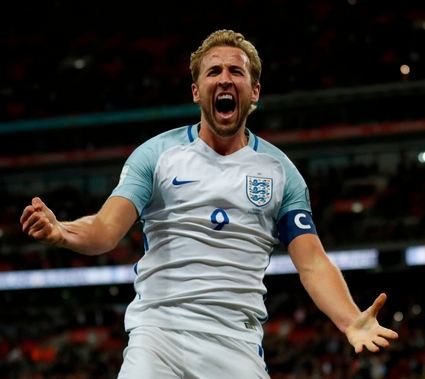 One of the oldest sayings in sports is you've gotta play the schedule you're given.

It's a good fallback response when it seems a team just needs to simply go through the motions to get a result.

And while officially earning a spot in the World Cup finals is a good thing, some clubs expect it.

This accurately described Germany and England.

The defending champion Germans followed this script with typical precision.

Die Mannschaft disposed of Northern Ireland, 3-1, to clinch Group C, where the feisty Norn Iron were their closest pursuers:

The Z denotes that Northern Ireland still has a shot at making it to Russia by winning a knockout playoff involving the eight best runners-up.

They'll be seeded and paired after group play concludes.

England made their match closer than it should've been.

That also happens when a side figures all they've gotta do is toss their jocks on the pitch to get a result.

Still, 1-0 worked for them. The only surprise is it didn't happen until Harry Kane found net in the 94th minute:

Then again, this is England.

When's the last time they ever did anything easily in international competition?

What's more, they clinched Group F when Scotland backed into a 1-0 victory on an own-goal by Slovakia, who was down to 10 men.

Now, those two can cruise in earnest.